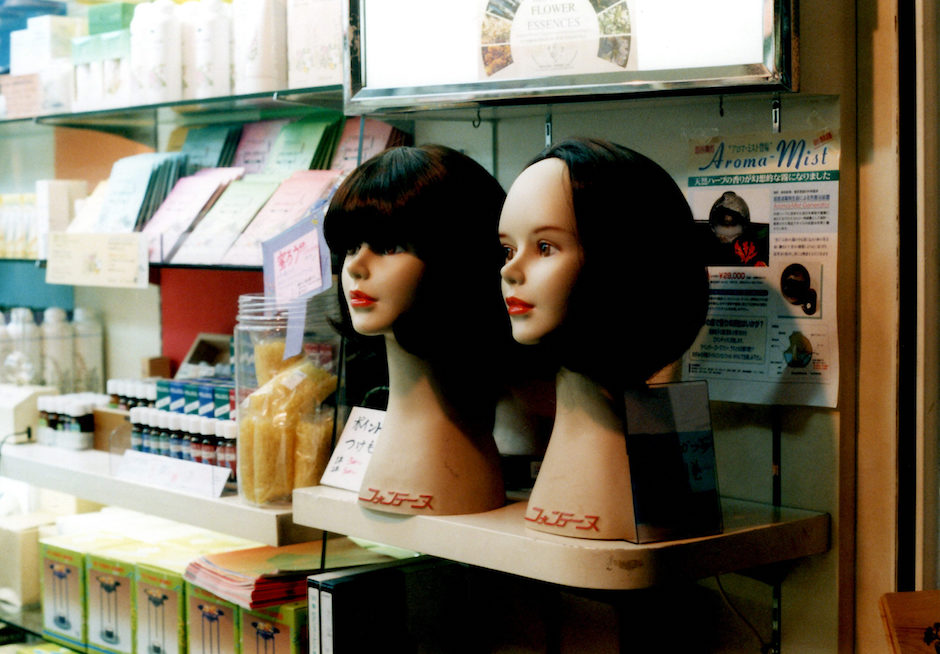 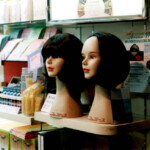 Taka Ishii Gallery Photography / Film is pleased to present “Wandering”, an exhibition of the work of Kohei Nawa. This exhibition marks Nawa’s first solo presentation with the gallery and features approximately 25 prints from among the numerous photographs he had taken while a student at Kyoto City University of Arts.

“When I started studying at the sculpture department of Kyoto City University of Arts, I went through a certain period in which I didn’t quite know what I wanted to do as an artist. It was at this time that I began taking photographs with a second-hand camera that I came across in my boarding house.

The photos that I took while wandering around the city as my interests dictated had been stowed away for over twenty years in a cardboard box in my parents’ home, and I had never particularly looked back on them until now.

In those days I had taken on the attitude of passively observing the city’s streets, its people, and the atmosphere of the times as a distanced onlooker. However, every now and again in these photographs I find glimpses of the things that had fascinated and impulsively attracted my attention”. (Kohei Nawa, May 2021)

Representative examples of Nawa’s oeuvre include, “Water Cell” where particles of water are seen precipitating in a tank filled with silicone oil, to “Catalyst” in which aggregations of transparent lines of thermoplastic glue applied directly to the wall develop into forms reminiscent of slime molds growing against gravity, and “Foam” that consists of organically structured conglomerations of liquid bubbles in a spontaneous cycle of generation and disappearance. Such works based on the concept of “Cells” serve to deconstruct the framework of sculpture, establishing a unique language of expression that invites viewers to embrace new visual and tactile experiences across various media such as installation, architecture, and scenography.

Cells are also in reference to those found in human sensory organs that perceive the external surface of objects such as their color, texture, and materiality. In the work “PixCell”, the surface of objects including animal taxidermy and toys acquired through the internet are completely covered with an indeterminate number of crystal glass spheres (lenses). With this work, Nawa had sharply indicated the state of the world that finds itself overwhelmed by the vast ocean of images generated daily on the internet via the camera lens (or what is now the smartphone lens), resulting in the advent of a digital era in which the materiality of the skin of objects is diluted, and the world comes to be increasingly visualized.

The photographs in the exhibition, which on this occasion will be introduced to the public for the first time, were taken during Nawa’s years as a student at Kyoto City University of Arts, just prior to 2000, when the prototype work of the “PixCell” series was conceived. The photographs taken by Nawa, who strolled the city of Kyoto with a 35mm film camera, are in essence un-staged snapshots. Within these photographs, various scenes and subjects he had encountered by chance are captured with a moderate sense of distance, at times framed in unexpected compositions. Eventually Nawa’s works would further evolve based on his interest in the surface of the world, and from these photographic works it is possible to discern a sense of this seminal activity.

Kohei Nawa was born in 1975 in Osaka, and lives and works in Kyoto. Nawa completed a Ph.D in Fine Art Sculpture from Kyoto City University of Art in 2003, with prior experience studying as an exchange student at the Royal College of Art in London. He undertook a residency in New York supported by the Asian Cultural Council, followed by a residency in Berlin with the DaimlerChrysler Foundation (2005-2006). In 2009 he founded the creative platform SANDWICH Inc., Kyoto, and serves as its director. His major solo exhibitions include, “Foam”, the 21st Century Museum of Contemporary Art, Kanazawa (Ishikawa, 2019); “SCULPTURE GARDEN”, the Kirishima Open-Air Museum (Kagoshima, 2013); “KOHEI NAWA – SYNTHESIS”, the Museum of Contemporary Art Tokyo (2011); and “L_B_S”, Ginza Maison Hermes Forum (Tokyo, 2009). In addition, he has participated in numerous international exhibitions such as, “Japanorama: A New Vision on Art since 1970”, the Centre Pompidou-Metz (2017); Aichi Triennale (2016, 2013); “M Home: Living Space RedStar Macalline Art Project”, Ullens Center for Contemporary Art (Beijing, 2014); “Beyond and Between”, Leeum, the Samsung Museum of Art (Seoul, 2014); and the 6th Asia Pacific Triennale (Brisbane, 2009). He is a professor at Kyoto University of the Arts.