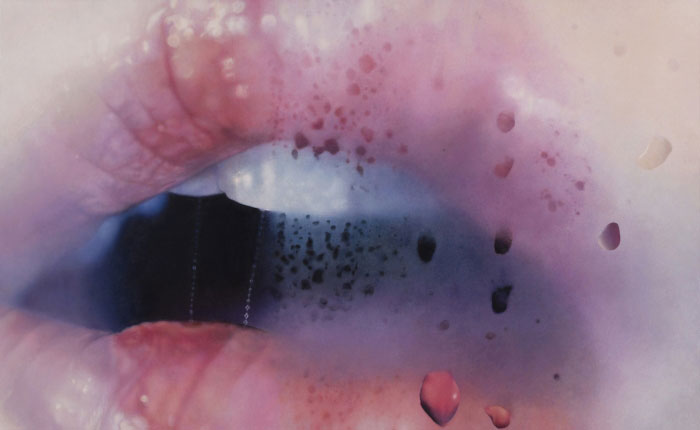 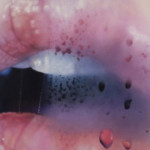 Regen Projects is pleased to present an exhibition of new paintings, photographs, and a video work by New York-based artist Marilyn Minter. This marks her third solo presentation at the gallery.

Over the course of her decades-long career, Marilyn Minter has developed a singular and provocative pictorial language imbued with themes of desire, power, glamour, and beauty. Often times simultaneously seductive and repugnant, her paintings and photographs mine the imagery of Hollywood, fashion, advertising, and pornography while also referencing the history of art. Inspired by feminism and sexual politics, her subversive pictures reframe the conversation about looking and the female figure in visual culture.

In this exhibition Minter turns her attention to the art historical trope of the bather. Poised between abstraction and figuration, a series of large-scale paintings are meticulously constructed using many layers of enamel paint. Slowly built up layer-by-layer, their sensuous surfaces are finished with the fingertip to eliminate traces of brushstrokes, resulting in a softened, tactile quality. In these works, as well as in the photographs, Minter challenges the problematic treatment of women in art, depicting her subjects as empowered objects of desire. Depicted behind a pane of steamy glass, the opaque abstracted surface simultaneously hides and reveals Minter’s subjects.

The exhibition will also premiere a video work entitled “My Cuntry ‘Tis of Thee”, which features women writing variations of the word “CUNT” in steam. Through the act of reclaiming and examining the charged word they invoke a political call to arms – which allows their previously hidden figures to be rendered visible through the abstracted surface of the frosty glass plane.

Marilyn Minter was born in Shreveport, LA in 1948. Minter received her B.F.A. from the University of Florida and her M.F.A. from Syracuse University. She lives and works in New York, NY.

Minter’s work has been the subject of numerous exhibitions worldwide, including the San Francisco Museum of Modern Art, San Francisco (2005); Center for Contemporary Art, Cincinnati (2009); La Conservera, Centro de Arte Contemporáneo, Ceutí/Murcia, Spain (2009); Museum of Contemporary Art, Cleveland (2010); and the Deichtorhallen, Hamburg, Germany (2011). Her video “Green Pink Caviar” was exhibited in the lobby of the Museum of Modern Art, New York in 2010, and was also shown on digital billboards on Sunset Boulevard in Los Angeles and the Creative Time MTV billboard in Times Square, New York. Her work has been included in numerous group exhibitions in museums all over the world. In 2006, Minter was featured in the Whitney Biennial, and in collaboration with Creative Time she installed billboards all over Chelsea in New York City. In 2015, a retrospective entitled “Pretty/Dirty” opened at the Contemporary Arts Museum, Houston and traveled to the Museum of Contemporary Art, Denver, the Orange Country Museum of Art, Newport Beach, and the Brooklyn Museum, Brooklyn.

In addition to her artistic practice, Minter has gained recognition for her political activism. She serves on the art committee for “Downtown for Democracy”, a political action group composed of creative people whose aim is to transform cultural influence into political power. In 2015, she received “Planned Parenthood’s Women of Valor Award”, an organization she strongly supports and for which she has raised over 3 million dollars in support of their cause. Most recently, she teamed up with curator and art historian Andrianna Campbell to create “Anger Management”, a pop up store at the Brooklyn Museum that featured artist-designed, resistance-themed clothing and objects.