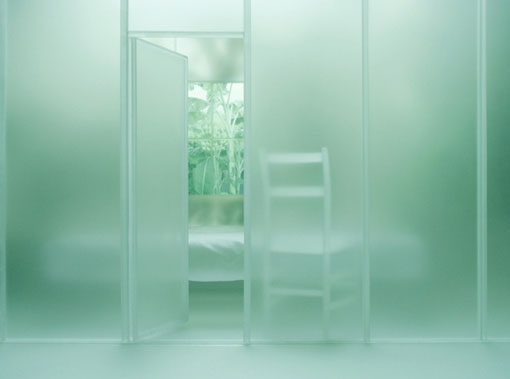 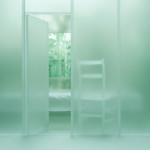 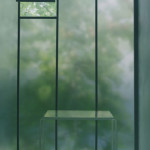 Base Gallery is pleased to present a solo exhibition of new works by Mayumi Terada.

It has been 14 years since Terada moved to New York, and she has been making miniature sculptures and shooting them for years. Her photography based on sculptural model fabricated out of wood, styrofoam, plaster and fabric calmly represents the absence of a person who would have been there just until a while ago and the following profound loneliness in between the real and imagined.

In her new series she has continued the same process of production, however, we might find the slight shadow of a person who would be lying there although no one is actually caught in the picture of that room while the room is simply an object to be photographed. The green plant out of window is photographed as if being looked up from below, and it seems the scenery stared up from a sickbed with a thousand feelings in mind.

Instead of the absence of a person who just left and the desolation arisen from there, the low viewpoint appeals a deep isolation and the feeling of resignation of a person who would be lying there, knowing he/she is passing away eventually. Those new bodies of work are in pale green monochrome, and they somehow remind us of cloudland as if we are passing between the both sides.

Her most recent practice “greenhouse” explores her feeling and thoughts for her past works more profoundly. It indicates not only the desolation caused by someone’s absence but also the fact that all people clear away from this world at the end and generate the absence of oneself consequently. She represents the inevitable absence with miniature dollhouses and a low point of view. Her new works remind us of that the void and inexpediency of her miniature sculptures are more suitable to deeply and silently present our solitariness than thoughtful words.