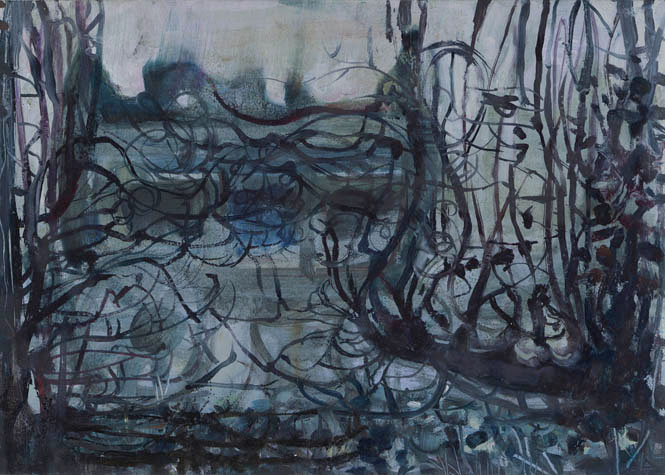 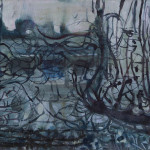 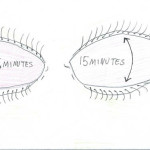 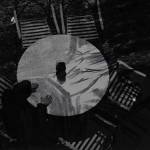 Three very different artists share a compulsion towards narrative. While involved in exploring their medium in a very material way – its formal properties and physical nature, capabilities and surfaces – the impulse to construct a fiction is given free rein, characters are conjured forth and stories are told.

Michael O’Mahony creates characters to explore his interest in people such as cult members, conspiracy theorists and UFO abductees. He uses these characters to create absurd narratives which explore some of the beliefs and deceptions of these groups. These stories are sometimes accompanied by imagery in the form of PowerPoint presentations. The images are largely pulled from the internet, relating to the narrative sometimes in a literal manner and others by a process of free association. Like a false memory or delirium, a fictional parallel world overlays and modulates the real world.

Katherine Tulloh shows part of a series of A4 oil paintings on paper. Corralling images – soldiers, lovers, nests, thickets, ghosts, owls, seas, statues – from many sources, she creates a personal, visionary mythology – faceted fragments of worn-out stories and half-remembered dreams. The painted surface is interrupted to create damaged scenes that are often distorted and obscured by arbitrary marks and stains. Taking cues from John Deakin’s street photography and Arthur Rimbaud’s “Illuminations” she offers a similar sense of layered time and contiguous existences – memories penetrate the present and eras dissolve into each other.

Jospeh Whitmure’s films are intense collisions of abstract marks and high-impact sound. “Witch B1” also incorporates apparent documentary footage of a seance or black magic ritual into an immersive experience – a trip into another world, like taking a ride in Death’s car in Jean Cocteau’s “Orpheus”. Graphic gestures are vibrantly animated, swarming and pulsing, and the flickering manifestation of a witch within the swirl of marks generates a claustrophobic air of fear and enchantment. Paul Klee’s idea of taking a line for a walk is pursued in extremis – taking it to a rave to be shaken and torn apart. Disorientated by sound and vision, the flashes of occult practices within the film impart a visceral sense of being spellbound.

The exhibition has been selected as part of The Art Licks Weekend, a festival that showcases the work of pioneering young artists, curators, galleries and project spaces in London.