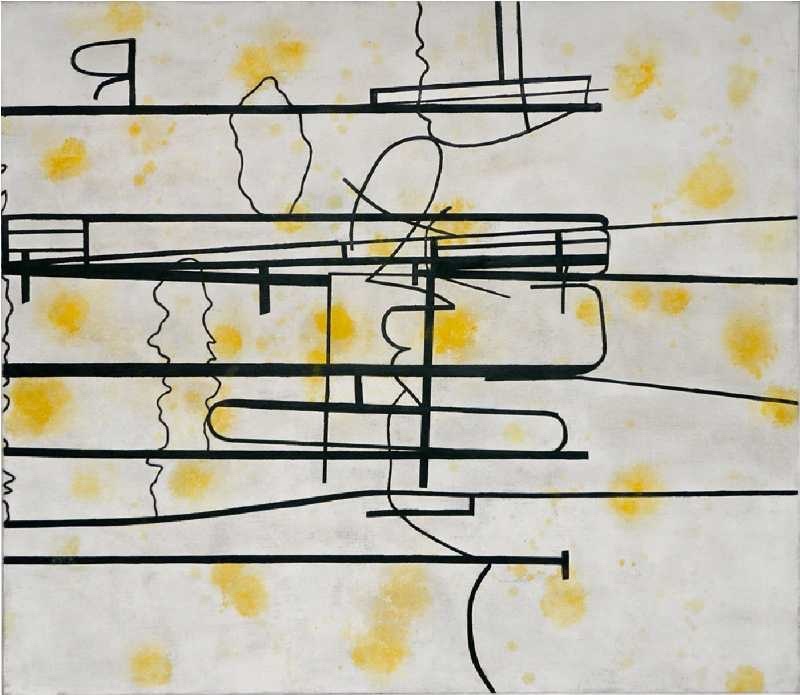 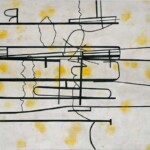 P.P.O.W is pleased to present “Blast”, the gallery’s first exhibition with the late artist Prunella Clough. Widely regarded as one of the most significant British artists of the post-war period, Clough dedicated her life to experimental paintings that transmuted Britain’s industrial landscape into wrought compositions that are at once figurative and abstract, both psychologically turbulent and formally restrained. The first solo exhibition of Clough’s work in New York, “Blast” journeys headlong into Clough’s multifaceted formal practice spanning the 1940s to her passing in 1999 and features seminal examples of Clough’s early Cubist-inspired figurative works and her later playfully enigmatic abstractions. Bringing together a body of work never fully exhibited in the United States, “Blast” chronicles a lifetime of artistic exploration. Reworking her canvases with glazes, overlaying them with pigment, incorporating found objects and often integrating sand or silicon carbide dust to thicken the paint, Clough developed a systematic approach that has resisted art historical classification and remained defiantly individual.

Born in London to an aristocratic family, Clough received a piecemeal artistic education inspired both by her father’s poetic inclinations as well as her aunt, Eileen Gray’s pioneering architecture and design practice. During the war, Clough worked as a mapping and engineering draughtswoman but soon turned her artistic lens to the uninhibited grittiness and authenticity of the burgeoning industries surrounding her. Filtered through memory, what were once shipping yards, tube terminals and factory floors morphed on Clough’s canvases into laboriously worked, atmospheric abstractions. In one of her few interviews, she told Bryan Robertson, “I have the mind of a northern romantic… ideas suffer a sea of change in the mind and come out mushy and tasteful and nicely tailored.” Throughout her life, Clough turned this northern romantic mind’s eye upon seemingly unpromising subject matter only to cull forth paintings that reveal a recurrent delight in surface, texture, and the inherent possibility of expanding the notion of a thing through her chosen medium.

Never formally identifying as an abstract painter, Clough was nonetheless keenly aware of the artistic movements of her contemporaries. As a professor, first at the Chelsea School of Art and then the Wimbledon School of Art for over 30 years, Clough maintained a firm grasp of the rich history of painting. Irrespective of the tremendous variation in her paintings, there are several themes that remain constant in Clough’s work: an interest in the environment, her singular way of looking at the overlooked, a love for surface textures and mark making, and a general distaste for prettiness. A study of Clough’s works across the span of her career highlights the way in which she worked alongside her peers, drawing on the art historical movements of her time, while also maintaining a way of seeing and painting that was wholly singular. Her paintings feature a personal vision that she remained committed to, and which continues to resonate with audiences to this day.

Prunella Clough (1919-1999) studied at Chelsea School of Art and has been championed both in her life and posthumously by Annely Juda Fine Art. Presenting her first solo exhibition at Leger Galleries in London in 1947, Clough rose to prominence in the U.K. Following her touring retrospective at Whitechapel Art Gallery, London in 1960, Clough received frequent invitations to exhibit. Despite a deeply private nature that led her to refuse many of these requests, her work consistently garnered critical acclaim. In 1999, a mere three months before her death, she was awarded the prestigious Jerwood painting prize. She has been the subject of numerous posthumous exhibits, most notably a major retrospective at the Tate Gallery, London in 2007. Her work is in a number of permanent collections including the Museum of Modern Art, New York; Tate Gallery, London; The Scottish National Gallery of Art, Edinburgh; The Irish Museum of Modern Art, Dublin; Art Gallery of New South Wales, Sydney; and the Victoria and Albert Museum, London.