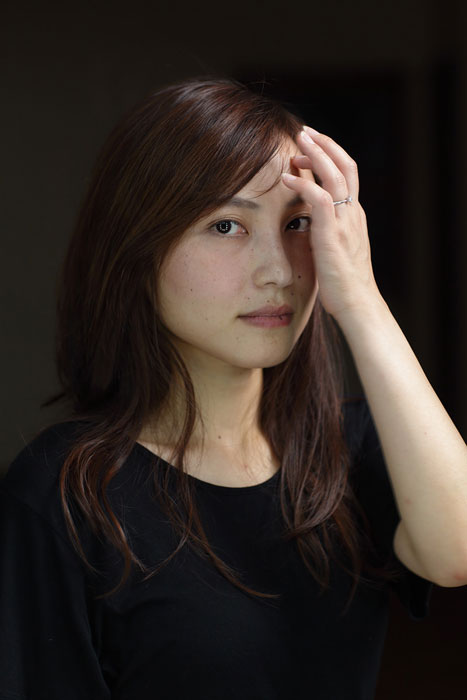 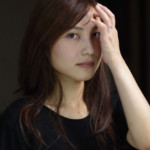 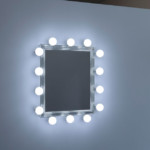 Taka Ishii Gallery Tokyo is pleased to present “Mirror Portrait”, Risaku Suzuki’s first solo exhibition with the gallery, from November 26 to December 24. This exhibition will feature new portrait photographs, which Suzuki made in 2016 using a one-way mirror.

A photographic portrait is a picture of someone who knows he is being photographed. (Richard Avedon, “Jacob Israel Avedon”, Camera Magazine, November, 1974)

Maybe it was these words that prompted me to make the “Mirror Portrait.” In front of the camera, people are more or less conscious of being photographed. In response, the photographer can visually incorporate the emotional distance and relation to his subject or treat the subject materially. These are the polar extremes of portrait photography. All photographic portraits made in the past would fit into one of these two categories.

When shooting from the other side of a one-way mirror, a subject looking at an image of herself, the photographer remains unseen. The photographer and the subject are freed from the relation of “photographer” and “photographed.” The subject looks at her own reflection in search of an expression she likes and I gain formidable power over my subject in wielding my gaze. The documentation of the subject, who chose how to present themselves in the mirror, is also a kind of self-portrait. As I do when shooting a landscape, I release the shutter while taking myself out of the picture because I am aiming for the purity of mechanical perception.

In his previous works, Risaku Suzuki has been interested in the unique characteristics of photography and the problem of vision and used photography as a device to examine “the experience of looking.” Suzuki believes that the continuous experience of looking in photography is sustained by a combination of the photographer’s eye; the camera, an optical machine that captures its subject as is; light, which acts as a medium connecting the two; changes in the environment that remain outside the photographer’s consciousness; and the sequence of the printed photographs. This unique perspective underlies his most representative and acclaimed series such as “KUMANO” (1998), “PILES OF TIME” (1999), “Mont Sainte Victoire” (2000), and “Kumano, Yuki, Sakura (Kumano, Snow, Cherry Blossoms)” (2007).

“Mirror Portrait” will feature Suzuki’s first portrait works, which were shot at Taka Ishii Gallery’s new location at complex665 in Roppongi. By using a one-way mirror, Suzuki avoids the crossing of the photographer’s and subject’s gazes. Perhaps when the photographer eliminates his gaze and the subject looks at herself, the resulting photograph will reveal a world that exists between the subject and object. By vicariously experiencing Suzuki’s gaze, the viewer will be lead to a new way of “looking.”

Risaku Suzuki was born in 1963 in Wakayama Prefecture. Suzuki began using photography as medium for his creative output after graduating from Tokyo College of Photography Research Department in 1987. In 1998, “KUMANO”, his first photo book – comprising images of his hometown Kumano – was published. In 2000, he received the 25th Kimura Ihei Award for his book “PILES OF TIME”. He began teaching at the Department of Intermedia Art, Tokyo University of the Arts in 2006. In 2010, he established the “Photo Secession Group” with other Japanese critics and photographers, all born in 1963. Suzuki has shown internationally, with solo exhibitions in New York, Zurich, and other cities. In addition to photographing Kumano, which might be called his lifelong project, he has used different approaches to shoot a variety of subjects, ranging from cherry blossoms, snow, Mt. St. Victoire in the South of France, and Cezanne’s studio. His various projects, however, consistently display a critical awareness of the act of seeing and the unique characteristics of the photographic medium. His major solo exhibitions include “Stream of consciousness”, Marugame Genichiro-Inokuma Museum of Contemporary Art, Kagawa and Tokyo Opera City Art Gallery (2015-2016); “Water Mirror”, Kumanokodo Nakahechi Museum of Art, Wakayama (2016); and “kumano, yuki, sakura”, Tokyo Metropolitan Museum of Photography (2007). His works are included in the collections of the San Francisco Museum of Modern Art; Museum of Fine Arts, Houston; National Museum of Modern Art; Tokyo, and Tokyo Metropolitan Museum of Photography.