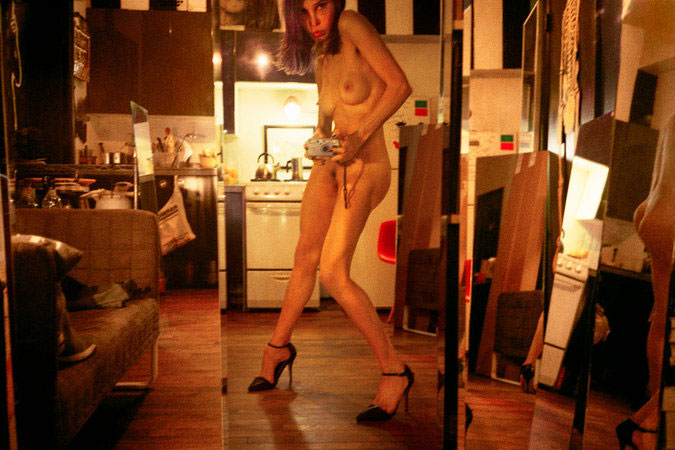 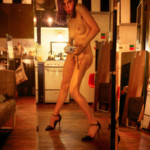 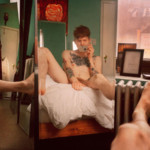 Ryan McGinley has been working on an untitled project involving mirrors for the past three years. Inspired originally by instructional artworks by such divergent practitioners as Miranda July, Sol Lewitt, Rob Pruitt and Yoko Ono, McGinley soon realized that his proposed project would also allow viewers access to the kinds of private spaces that had figured so prominently in his work from the early aughts, namely the living spaces of New York’s stalwart population of bohemians.

For this project, the subjects were provided with a camera, a set of instructions, five rolls of 35mm film and twenty mirrors, all of which were delivered to their homes. The undeveloped rolls of film were then returned to McGinley, who sorted through the material and selected a single image to represent each participant.

The resulting photographs investigate how the camera functions as an increasingly ubiquitous mediator in the presentation of contemporary identity. These self-portraits transmit intimate information not only about their subject’s emotional states, but also about the construction of their idealized physical selves. The variables provided by choice (how much of the body is shown, how much of the self is shown) indicate that agency perseveres, even within the confines of prescription.

Much has been made of reckless youth as the binding principal that holds all of McGinley’s surprisingly disparate projects together – the early snapshot work, the road trip photographs, his work with human and animal models, his studio black and whites, his concert photography and his vast YEARBOOK endeavor. For this series, McGinley has selected models ranging in age from 19 to 87, each of whom reminds us that beauty presents itself in a multitude of forms. The human body is here documented as each participant of the project sees fit, culminating in a group of photographs that privileges difference and asks us all to do the same.

As Ariana Reines states in her essay for the accompanying Rizzoli publication, “It is a peculiar gift to be trapped in something so recursive as the present, on a planet reflecting the circuits of the stars, in a society that would kill itself to become a star. Mercury is in retrograde as I write this. If we could see and believe how lovely we are, I want to say, as the people in this book seem to do, we might not slide so endlessly down the back of the real the way it keeps happening, down the glass fronted skyscrapers, down the touchscreens our slaves made for us, scrolling down the long length of the think piece and down the waxed anus of somebody else’s body, always somebody else’s, down Satan’s long wet throat.”

McGinley has been the subject of a dozen monographic museum exhibitions including those at the Whitney Museum of American Art and PS1 in New York; GAMeC in Bergamo; MUSAC in León; FOAM in Amsterdam and the Kunsthalle Vienna. His work is represented in numerous public collections including The Solomon R. Guggenheim Museum, the San Francisco Museum of Modern Art, the Art Gallery of Ontario, the ICA Miami and the Smithsonian National Portrait Gallery. Recent group appearances include the Fondazione Prada, the Detroit Institute of the Arts, Artspace in Sydney and Seoul’s Daelim Museum.

This is McGinley’s ninth solo at Team.