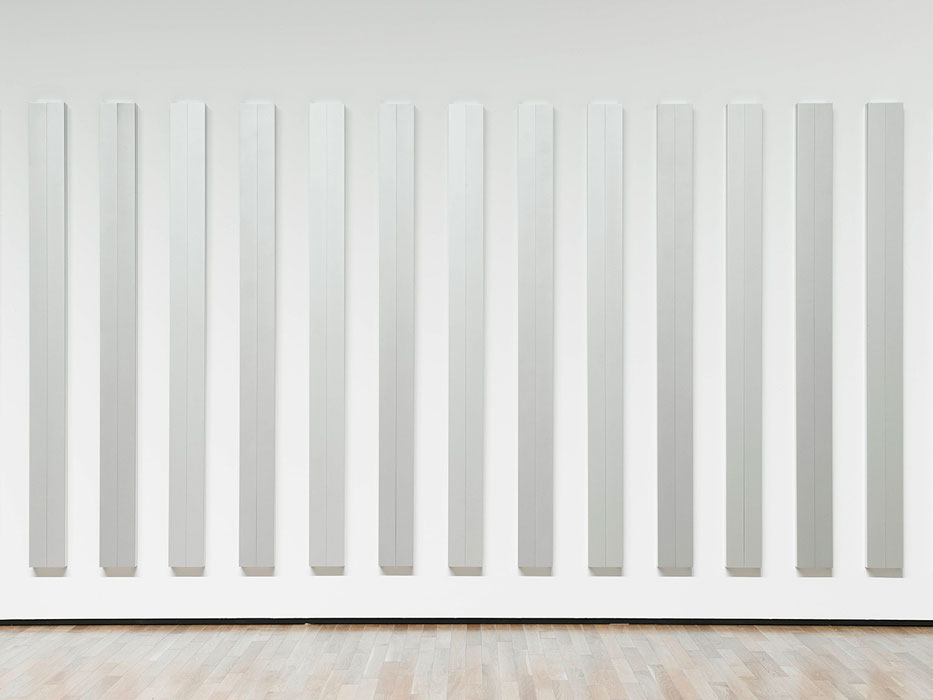 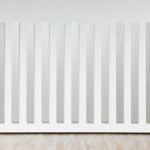 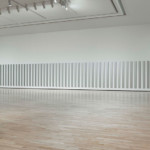 Taka Ishii Gallery is pleased to announce a new installation work by the New York-based artist Tadaaki Kuwayama. The exhibition will be his first with the gallery.

Kuwayama has consistently produced reductivist works since moving to New York in 1958. Widely recognized as one of the pioneers of American Minimalism of the 1960s, he had a solo exhibition at the Green Gallery in 1961. His status as a globally acclaimed Minimalist, however, is premised on the categorization of his art into styles such as “color field painting” and “monochrome painting” in relation to preexisting evaluation criteria. By exploring the material of his works with a spirit of experimentation, Kuwayama has, in fact, pursued unprecedented beauty.

“What an artist often gives as a ‘statement’ is no more than the description of the process of how his work is made and an explanation of the materials used. Words about the work become unnecessary. Looking at the work gives a clearer explanation than words”. (Tadaaki Kuwayama, “On my work”, Art Now, vol. 2, page unknown. Republished in Flash Art, June issue, 1963, P.16)

Kuwayama’s oeuvre can be understood as spanning several periods during which he used different materials. Until 1962, when he had his second solo exhibition in the U.S., he produced paintings using Japanese mineral pigments and acrylic solvent on boards wrapped in Japanese paper. After that and until about 1969, he used acrylic paint; in the 1970s, he used metallic paints; and in the 1980s, he painted in oil. Since the 1990s, he has made space itself his work.

The exhibition will feature a new installation comprising multiple plywood panels covered with Bakelite and sprayed with metallic paint. The gallery will be transformed into an unfamiliar space, which will in turn be reduced to a work, and provide viewers with a new sensory experience.

Tadaaki Kuwayama was born 1932 in Nagoya. After graduating from the Japanese Painting course at the Tokyo University of the Arts in 1958, he moved to the United States, and has been based in New York since. Early on, he produced works using Japanese mineral pigments and paper. After his solo exhibition at Green Gallery in 1961, he began making monochromatic acrylic paintings that were combined to make geometric forms and pioneered the American Minimalist movement in the 1960s and 1970s. His globally acclaimed works, which are intended to be pure art and provide pure art experiences, display no subjective expression. His solo exhibitions include The Museum of Modern Art, Hayama (2012); The National Museum of Art, Osaka (2011); the 21st Century Museum of Contemporary Art, Kanazawa (2011); the Nagoya City Art Museum (2010); the Rupertinum Museum, Salzburg (2000); the Kawamura Memorial Museum of Art, Sakura and the Chiba City Museum of Art (both 1996); the Kitakyushu Municipal Museum of Art, Fukuoka (1985). His works have also been included in numerous group exhibitions including “Surface, Support, Process: The 1960s Monochrome in the Guggenheim Collection,” the Solomon R. Guggenheim Museum, New York (2011); “The Third Mind: American Artists Contemplate Asia, 1860-1989,” the Solomon R. Guggenheim Museum, New York (2009); “Japanese Art After 1945: Scream Against the Sky,” the San Francisco Museum of Art (1995); “Vomen van de Kleur,” the Stedelijk Museum Amsterdam (1966-67). His works are also included in the collections of the Solomon R. Guggenheim Museum, New York; The Museum of Modern Art, New York; the Albright-Knox Art Gallery, Buffalo; the Nationalgalerie, Berlin; the Foundation for Constructivist, Concrete and Conceptual Art, Zurich; The National Museum of Modern Art, Tokyo; The National Museum of Art, Osaka and others.