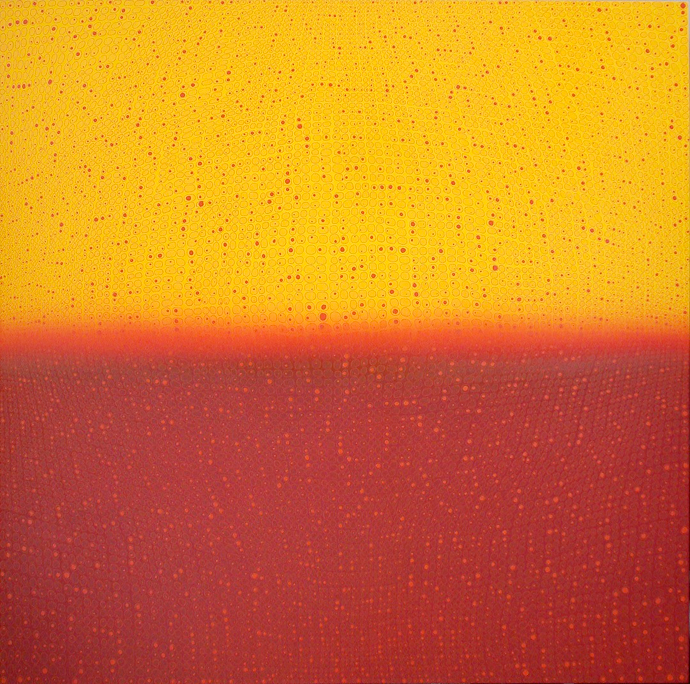 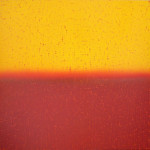 Margaret Thatcher Projects is excited to present “Arch/Horizon Paintings”, a series of new paintings by Teo González in what will be his debut solo exhibition at the gallery.

For this body of paintings, González introduces rich, saturated hues alongside monochrome white, black and grey gradations, imparting a vibrant energy to the exhibition. The distorted grid-like patterning adds a layer of depth carefully juxtaposed with flatness, often appearing to curve outward and inward yet remaining harmonious throughout the composition. Looking closer, the eye flickers across the canvas and vibrates from one hand-painted sphere and dot to the next along the arches of the grid. The seemingly chaotic arrangement is delicately balanced creating a sense of orderliness among the forms.

González is greatly interested in perception. He says, “The driving force of the show is to test the way we perceive colors, shapes, sizes and even ideas.” Though non-representational, the artist’s work often takes on an identity, assigned by the viewer’s associations with certain pairing of colors and configuration of forms. Whether it is warm red and yellow shades of a sunrise over a horizon or a night sky freckled with planets and stars, the way in which the paintings are received is informed by memories.