The Triangle of Love – Physicality and Abstraction in Zurich Art 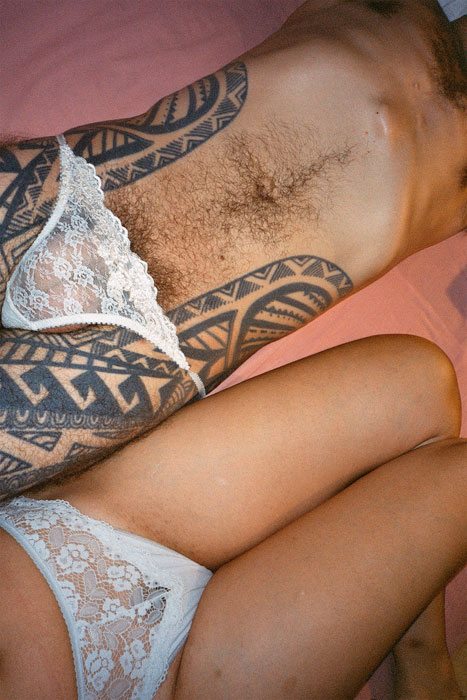 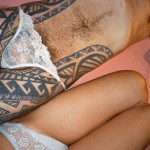 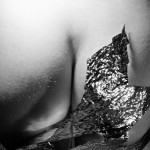 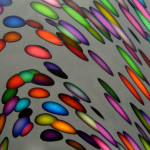 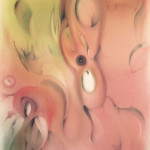 The exhibition “The Triangle of Love” rubs Zurich’s recent art history the wrong way and recklessly advances three theses. The first: Art in Zurich has a preference for the extremes of abstraction and physicality. The second: Ideally, those opposites culminate in a third uniting force of love and mysticism. The third: What applies to art could also be considered a model for the history of the city’s mentality – in which respect this portrait of art in Zurich, seen from two extremes, could also be a portrait of Zurich as a city between cold calculation and hot ecstasy. The exhibition is a tribute to the city and its understated grandeur.

Curtain raiser is none other than Huldrych Zwingli, Zurich’s great reformer, who published an open letter criticizing the representation of saints in houses of worship. He called women saints “whorish” and the men “procurish”. True to its mentality, Zurich did not court controversy, but instead solved the problem, not by destroying many of the paintings, but quite simply by selling them – to the Catholic Canton of Schwyz.

Recent art history in Zurich is no different. Along came the concrete artists who systematically eliminated unpredictable emotions in order to champion rationalism – and promptly provoked a countermovement, represented not only by the notorious Friedrich Kuhn, deliberately omitted here, but by an entire host of body artists who rose up in arms against a calculating, strategic Zurich.

To this day, the opposition has not been resolved; it also took manifest political shape with still reverberating controversial consequences. Zurich is as colourful, exuberant and extravagant as it is grey and money-minded. Detractors might claim that neither side is exceptionally laid-back and relaxed. At times so wanton and extroverted, the city cannot escape that undercurrent of suppressed, secretive and inhibited feelings. Pent-up and explosive – this still typifies the city. The Helmhaus exhibition traces the contrast in works by 36 artists ranging from the 1950s to the present day, ranging from extreme physicality to extreme abstraction. Abstract art is seen through “physical” glasses; the structure of physical art is analyzed; abstraction is discovered in repetition and exaggerated physicality.

Curated by the Zurich cultural anthropologist and art researcher Michael Hiltbrunner, the exhibition culminates in the thesis that this contradiction, intrinsic to the art and mentality of Zurich, does not rule out reconciliation. A monochrome painting of 60 layers painstakingly applied by Rudolf de Crignis is just as physical as it is abstract. Manon‘s performative photography is of as much interest physically as it is theoretically. This unity of opposites leads to love and mysticism, a third way out of the dilemma. Art is the trailblazer, a model for discovering social and political byways.

Arraying physicality and abstraction against the background of love rests on the assumption that the two are inseparable, much like the coupling of thing and number to which the Pythagoreans aspired. The number 3 is symbolic of end, middle and beginning, and therefore of the universe. This universe, infinity in mathematics, often stands for the divine and is the central subject matter of mysticism. This underlies the idea behind the exhibition: the triangle not as a shape but as a precarious relationship between physicality, abstraction and a third, near unfathomable, cosmic and infinite element.

The works in the exhibition are not in-your-face, nor are they spectacular. They are personal, intimate, subjective and individual. They testify to a diversity of ideas and a pluralism of designs for life. They are temperamental, spiritual and physical; they are fragile and yet crystal clear. They range from current and historical works to artists of different generations and different sexual orientations. Their diversity reveals connections and kinships generated by a mysterious and ambivalent approach to being human.

The appreciation of art takes a turn and undergoes a reversal, by paying tribute to the sensual, poetic, and even erotic nature of the much-vaunted rationalism of constructivist artists like Verena Loewensberg and Richard Paul Lohse, the concrete art of Max Bill and Mary Vieira or the neo-minimalist objects of Christoph Haerle. The nudes by Walter Pfeiffer and Peter Phillips, the sex photographs by Eva Kurz and André Gelpke, the clay reliefs by Sabian Baumann, in turn, provoke thoughts about the role of physicality in society, about censorship and suppressed desire and, further, about libertinage and shamelessness. In Cristina Fessler‘s painting performances, her physicality fuses with abstraction; in Kerstin Schroedinger‘s 16-mm film installation, the contours of bodies become visible and blend into a minimalist “fugue”.

Historically, the exhibition highlights research into the art journal “The Cthulhu News” by Robert A. Fischer c. 1966, into Alice Juliana Lang‘s graphic design in the 1970s, championing lesbian emancipation in Zurich, and into the performance art of the F+F art school. These examples underscore the precarious footing in dealing with physicality and the strategies artists devised in order to address unaccepted, uncanny and unknown aspects of physicality.

The young artists Martina Baldinger, Alessia Conidi and Angela Wittwer take a gender-critical look at sex work and sexual policies in the city of Zurich, including the work of Ellen Cantor in her censored exhibition at the Helmhaus of 1995. An edition by Provence discloses the individual preferences of clients – registered on filing cards by Grisélidis Réal, the Genevan prostitute and trailblazing advocate of prostitutes’ rights who had started out by studying art in Zurich. Works on paper by Johannes Gachnang illuminate mystical and larger-than-life experience, and in his latest works, Tobias Madison exposes uncanny, exhibitionist aspects of the psyche. The Zurich connection is often surprising: British painter Peter Phillips has lived in the city on and off; Brazilian sculptress Mary Vieira worked with Max Bill and the international curator and Bern-based publisher Johannes Gachnang was originally a native of Zurich.

All of those included here naturally advance a specific approach but none of these approaches is meant to represent a majority. They are each exemplary and, in this respect, ex-centric. Stereotypes are hopefully undermined or even revealed to be particular and unique, such that reservations and prejudices of juxtaposed movements in the history of art might be renegotiated, revised and reinterpreted.

We are invited to imagine mental and emotional links between the works on view and the research they represent. For linguist and philosopher Julia Kristeva the imagination is actually a means of overcoming the current crisis of love: a love whose conventions have come so very unhinged that we can no longer tell whether we are talking about motherly love, neighbourly love or passion; that our own immediate experience of love seems to be less tangible than the salacious bodies dished up by the media; and that, at best, love seems to be beyond resolution, like New Order’s single, “Bizarre Love Triangle”. And so, as Denis de Rougemont more than suspected, love leaves us with a burning and is actually an “impossible human passion”.

Questions and research raised by the exhibition are pursued in the format of a magazine, published by Verlag Scheidegger & Spiess, assembled by Michael Hiltbrunner and designed by Peter Zimmermann. Numerous pictures from the exhibition are complemented by the writings of Baldinger/Conidi/Wittwer, Alois Maria Haas, Susanne Hess, Annette Keck, Alfred Messerli, Serge Stauffer and Michael Hiltbrunner as well conversations with Angela Thomas and Christoph Riedweg.