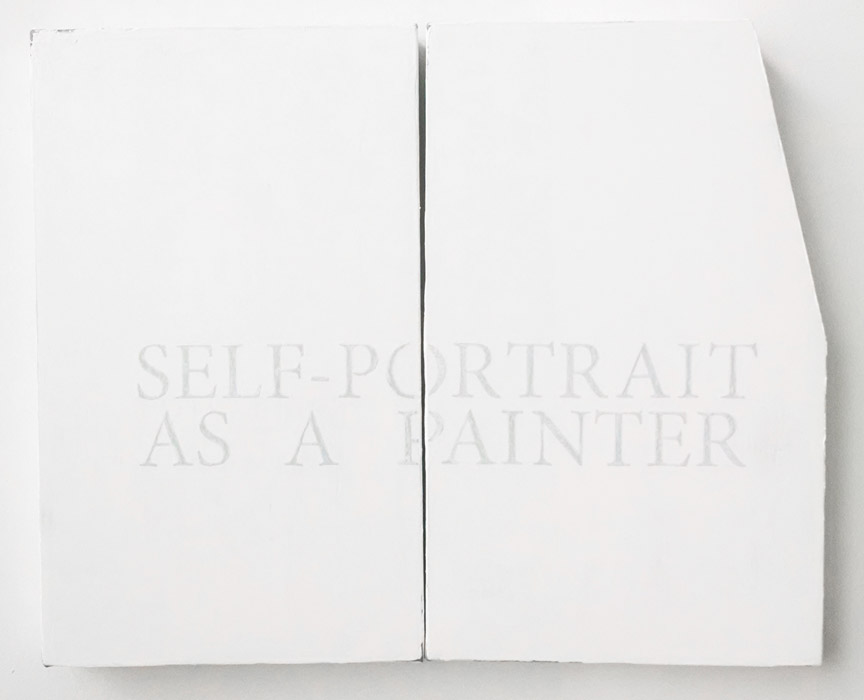 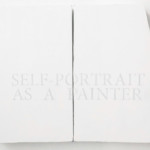 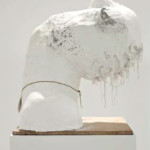 Marc Straus is pleased to present “The White Heat”, an exhibition of white paintings and sculptures by an international selection of artists.

White. Sacred and innocent, it wraps the Graces in Botticelli’s “Primavera”, it’s the tenderness in Zurbaran’s “Agnus Dei”. In Chinese cultures, White is associated with Death. It is the ominous shroud of mourning. War paint and Surrender Flags, White is uncompromising – the piercing light from Goya’s lantern in “The Third of May”, shines bright the evils of the day.

In 1918 Kazimir Malevich introduced “Suprematist Composition: White on White”, a painting of a cool white square over a warm white background. Malevich proclaimed in the Moscow exhibition catalog: “I have overcome the lining of the colored sky, torn it down and into the bag thus formed, put color, tying it up with a knot. Swim in the white free abyss, infinity is before you.”

Later in 1953, Robert Rauschenberg’s revolutionary White paintings were considered scandalous when first exhibited but they gradually secured a place in art history as important precursors of Minimalism and Conceptualism. Rauschenberg’s primary aim was to create a painting that looked untouched by human hands, as though it had simply arrived in the world fully formed and absolutely pure.

Jasper Johns’ “White Flag” in 1955 presaged a new generation of Pop art. By the late 1950’s Yayoi Kusama had presciently begun a series of White net paintings and soon White would become the lifelong focus of Robert Ryman.

“The White Heat”, a title derived from Emily Dickinson’s Life poem, is an exhibition of recent all or near white works by contemporary international artists that focuses on purity – an uninflected surface, a clarity of thought or an instance of sheer concentrated artistic intensity. Dickinson’s “soul at the white heat”.

The Spot paintings are amongst Damien Hirst’s most recognized works. In exploring a mechanical, unemotional way of producing a painting, Hirst devised a strict set of parameters that removed any trace of the artist’s hand. In his sublime work from 2008, “Remembrance”, the entire painting features a perfect grid of white spots on a white background. The sides of the canvas are lined with gold leaf so the painting emits a halo-like aura. “Remembrance” is perhaps one of the most immaculate expressions of contemporary secular divinity.

Antonio Santin is a New York based Spanish painter recognized for his realistic oil paintings of intricately patterned rugs. These paintings with trompe l’oeil folds and swells exemplifies Santin’s masterful control of medium, light and shadow. Recently, his palette has become monochromatic. Eschewing all color, Santin’s white painting is distilled to its essence.

Liliane Tomasko’s bold, vibrant, colorful abstract paintings derive inspiration from domestic sources as fabrics of curtains and sheets resulting in sensuous compositions of swooping lines and voluminous veils of brilliant color. For “The White Heat”, Tomasko envelopes her previous palette with white with colors peeping in – much like the world beyond the window seen through translucent white curtains.

Rough-hewn and handmade from plaster, Nicole Eisenman’s “Sleeping Frat Guy” is amongst her most recognizable sculptural works. It offers a satirical takes on stereotypes of contemporary masculinity. Eisenman’s manipulation of the material is purposely left evident – the colossal Guston-esque head is both dense and painterly. The heavy pull of sleep is poignant and humorous. Eisenman captures this weightlessness perfectly, yet “Sleeping Frat Guy” is full of potential energy ready to jolt back into life.

Fernanda Gomes is amongst today’s leading mid-career Brazilian sculptors. Her work resonates with the great Brazilian woman Minimalists of the prior generation: Gego, Lygia Clark and more. In the recent “Untitled”, Gomes arranges ordinary wood material into a geometric composition of such economy and presence. Rendered in white, “Untitled” is less about what its constituents were, but the final form they now occupy.

The artists each offer sparing work and yet these paintings and sculptures are charged with emotion and power. White offers intimacy and invites contemplation. It asks for more of us.