Will Benedict – Law and Order 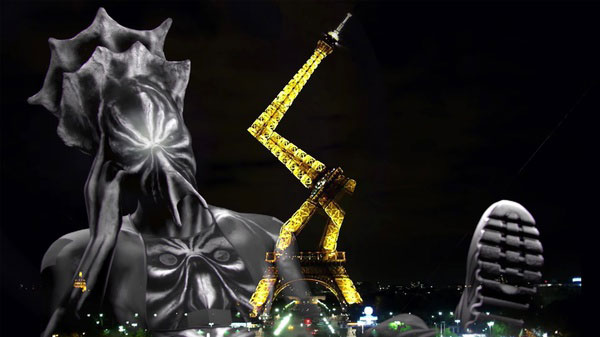 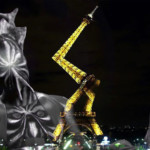 Simon Lee Gallery is proud to present for the first time in Asia, an exhibition of new painting and video works by Paris-based American artist Will Benedict. Benedict’s layered use of media and striking compositions disrupt the usual distinctions between frame and picture, painting and reproduction and explore conditions of the image, culture and methods of interpretation. Deconstructing conventions of representation, Benedict’s work incorporates disparate elements, addressing contemporary issues but is also imbued with a sense of incongruity and ambivalence.

Benedict’s videos expose contemporary journalistic forms and the visual tropes of the news media. The works utilize the languages of marketing, cinema and social media to explore the relationship between contemporary art, commercial production and advertising – a space that Benedict’s own practice frequently exploits, challenging its own commodification and the commercial media machine. With a blend of artifice and humor, Benedict’s narratives often allude to the future or a parallel universe, striking a particular tone, accessing complex political and cultural content while engaging in the suspension of disbelief and the profoundly ridiculous. While undercutting the position of critical judgement with humorous assertions, the work is both amusing and troubling as events unfold via a series of enigmatic digressions. The title “Law and Order” has complex implications, punctuating commentary on contemporary power structures, the imprints of social exclusion and control, stripping of human freedoms and the rhetoric of protection and policed restrictions.

Using different media to create hybrid images, Benedict’s works have often been described as a picture within a picture; gouache canvases are mounted within larger panels of foam board which are then mounted in glass and aluminum frames. An amalgam of individual parts, Benedict’s paintings and videos involve a process of collage that creates a characteristic way of both literally and figuratively framing highly constructed arrangements. The logic of the paintings involve the tactics of film – meticulous care is given to display and framing methods and devices, cutting, editing, drawing focus on the scrutiny of an image while articulating the rest of the world beyond the edge of the frame.

“Law & Order was an American television program running on NBC for 19 years. It has been spun off and franchised into 6 American iterations, 5 video games, as well as French, British and Russian versions. In 2016 Donald Trump declared himself the Law and Order candidate. My friend Justine is always late which is rather impolite. She could use some Law and Order in her life. Law and Order can simply be patronizing, but at its worse can also be political short hand for the imprisonment of millions people. I live in a prison of my mind. I am very free in there. In 1996 another friend of mine named Chris Casio had a band called “Razorburn 77”. I don’t know why the band was called that. But they had a song called “Law & Order” which was just the theme song to the TV show “Law & Order”. It was funny at the time but also terrible. At about this time Bill Clinton had just instituted the “Three Strikes Law” which was coined from the game of Baseball and sent any offender which had 3 felony convictions to life imprisonment no matter the severity of the crime. As it turned out, three strikes created a cruel, Kafkaesque criminal justice system that lost all sense of proportion. Shoplifting from a department store, pilfering change from a parked car, or passing a bad check could land you in prison for life. Fiction is a terrible enemy. “(Will Benedict, 2017)