Anj Smith – If Not, Winter 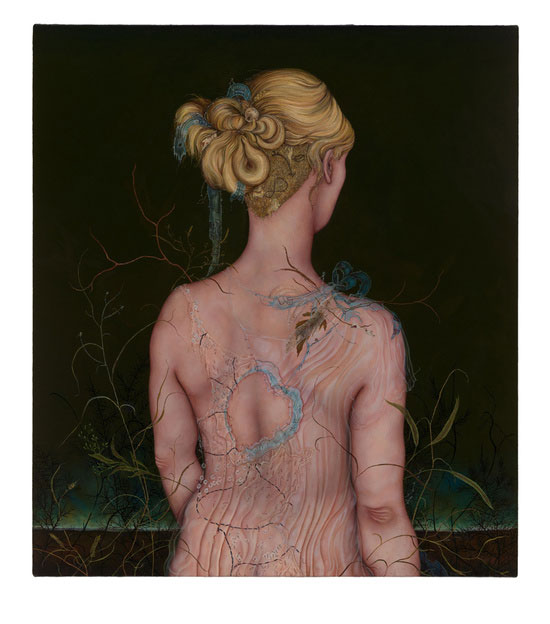 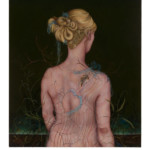 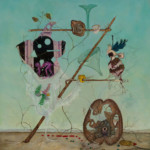 Hauser & Wirth Zürich is proud to present an exhibition of new paintings and etchings by Anj Smith, which marks the artist’s first solo presentation in Switzerland. Eroticism, mortality and fragility are explored alongside new investigations into the psychological territory of anxiety. With exquisite detail co-existing alongside jewelled colour banks and thick impasto, Smith continues her interrogation and celebration of the medium of painting.

‘If Not, Winter’ is suffused with a resuscitation of lost, fragile and complex narratives. Referring to a surviving fragment of a lyrical poem by archaic Greek poet Sappho, of which just these three truncated words exist, the poem acts as a springboard for the exploration of language and painting in the context of an asymmetrical and uneven canon. Smith states of the poem, ‘it is in itself both a whole entity and also a signifier of loss; both in the missing lines that surrounded the fragment and in a larger sense of lost histories.’

Making this work in recovery from a period of chronic anxiety, the exhibition title alludes to psychologically darker terrain than Smith’s previous bodies of work. In ‘S.O.S’ (2016 – 2017) at least four unique portraits are at play: whoever is portrayed can be glimpsed through their personal curation of objects. In the implied survival of an unspecified ecological disaster, these relics can also be viewed as a portrait of the environment from which they were retrieved, as reflections on a psychological state or, finally, in a combination of these depictions, co-existing in the multiplicity of Smith’s layers. Objects range from Cartier’s iconic Panther ring, to wild berries, to a shell from the Kent coast; that the berries are described with the same veneration and detail as a lacquer and garnet ring indicates a bleak scenario. The work can be seen as a continuation of Smith’s ‘museum paintings’, a series of ‘portraits’ in which the sitter is not physically shown but their presence suggested by an arrangement of objects.

Enduring throughout Smith’s oeuvre is the breakdown of the distinct genres of portraiture, still life and landscape painting, allowing various elements to exist simultaneously, to varying degrees. In ‘Landscape With Laggestätte’ (2017) a woman’s resting face is covered in Laggestätte, a sedimentary stratum that often encloses preserved fossils. Smith’s deposit is ethereal; minute corals and wiry branches, threaded under and through rips in the stitched chiffon, gently hold the delicate fabric in place.

Across the figure’s forehead are painted a dozen brightly coloured pill capsules, sewn in alongside a cosmological Liberty print, which suggest alternate worlds or altered interior states. Alongside the pills and planets are glittering yet empty symbols: the sun, wings, flowers, love hearts and chains. In the juxtaposition of these elements, a psychosomatic landscape emerges. However, as Smith has commented, ‘this body of work perhaps also strikes a more obviously hopeful note, in its testament to survival.’

‘Names of the Hare’ (2017) is a direct reference to ‘The Names of the Hare’, an anonymous Middle English ode to the animal and both the possibilities and limits of language. In the poem 77 different names are given for a hare, the recital of which would deliver the creature to the speaker, traditionally assumed to be a hunter. An additional reading of these various names is that the Hare could change his name and nature at will. In Smith’s painting an anonymous figure is shown from behind, almost fusing with the hare secured to its back by a dilapidated homemade muscle vest, also embroidered with clear gemstones.

In ‘Night in May’ (2017), the artist’s single-bristle brush strokes combine with thick wedges of paint, to create a barren icescape. Set against a luscious, deep, many-layered red, hangs a bashed-up relic of a more hedonistic time, the crescent moon from Studio 54, amongst other rescued flotsam. Supported by reflective, jewel-toned wires, the moon hangs precariously as the threaded structure simulates new shapes of birds, cocktails and palm trees, as if attempting to recall lost memories.

At closer inspection, the densely layered organic formations in the lower half of the canvas appear to be a sinewy underworld. Indistinguishable save for their expressions, the tiny multitudes emerge only slightly from the rotting wood and rock in which they are embedded. The build up of these details seems to carry a pathological intention within its specificity and repetition. Allusions to the artist’s personal Winter are revealed, to address what Smith has described as ‘current collective unease regarding global events.’

‘If Not, Winter’ is a multi-layered investigation, located at a cross section where lost art histories, the unstable nature of language, desire, anxiety and alienation all meet. No attempts have been made to artificially separate out these elements, so the work can be viewed through these different lenses – one at a time or all together – embracing the entanglement of phenomena.

Running through the entire show is the artist’s celebration of painting. Smith writes, ‘Detailed areas can trail off into abstraction. Intricate minutiae can exist alongside a slab squeezed straight from the tube. Tiny multicoloured palette-scrapings flicked onto the surface can allude to the failure and deaths of painting in the midst of a seductive colour block that affirms the opposite. Thick impasto wedges hanging proud from the surface, can evoke shit and sublime excess simultaneously. Sheer, barely-there layers can be built up to create unparalleled luminosity. Painting can reveal the subtlest nuance, facilitate the weirdest ambiguities and articulate huge complexity with an immediacy that is hard to ignore. It is perfect for our times.’

Anj Smith’s intricately rendered paintings explore issues of identity, eroticism, mortality, and fragility. Within her remarkably detailed works, wildly feral landscapes, ambiguous figures, textiles, and rare and exotic flora and fauna are used, to investigate the possibility of a contemporary sublime. Drawing upon sources as disparate as the works of Lucas Cranach, and the couture of Madame Grès (as examples), Smith weaves archaic traditions and contemporary signs together into a personal cosmology. In Smith’s luscious visual language she embraces the instability of meaning, exploring shifting boundaries, disintegration and the liminal. Her paintings are rich in detail, colour and texture, collapsing strict definitions of portraiture, landscape and still-life whilst allowing elements of each to co-exist.

‘I love the idea that painting, pointless technologically, can still hypnotise and seduce us. For me, this is where the uniquely profound nature of painting is located, as no other medium offers this specific legacy. Its multiple deaths, resuscitations and evolutions make it especially apt in negotiating the great global & personal uncertainties of now. This difficult, baggage-ridden, faltering yet essentially surviving medium enables me to excavate often- overlooked art histories. These then filter down, combining with my lived experiences to form the layers of the work. Painting can facilitate the complexity of all of this, allowing me to explore the very edges of representation.’

Born in 1978 in Kent, England, Anj Smith studied at Slade School of Fine Art and at Goldsmiths College, both in London where she continues to be based.