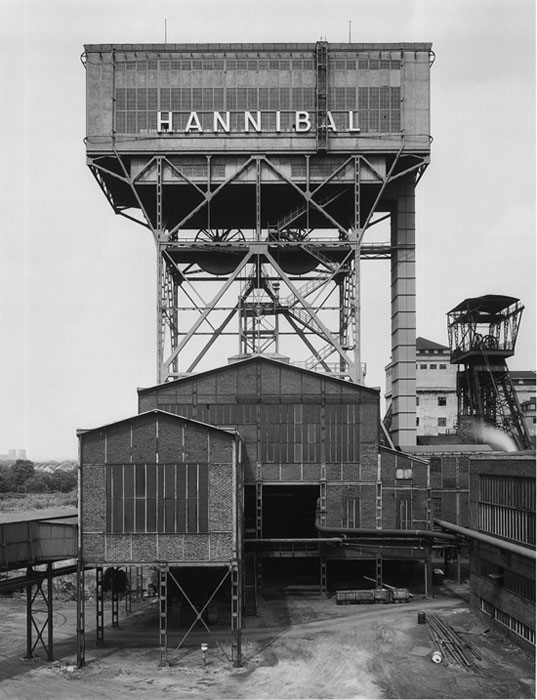 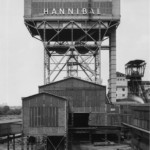 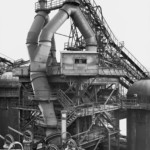 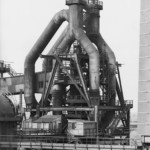 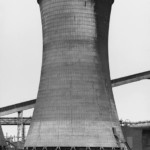 Hauser & Wirth Zürich is delighted to present ‘Bernd and Hilla Becher’, an exhibition offering an overview of the conceptual photographer duo’s iconic deadpan photography of industrial structures from the late 1960s to the early 1990s. This examination of the Bechers’ oeuvre encompasses five of their most common subjects: blast furnaces, cooling towers, gas tanks, water towers, and winding towers. Selected by their son Max Becher and organised with Olivier Renaud-Clément, the 17 photographs in this exhibition demonstrate the Bechers’ tireless and rigorous commitment to documenting urban forms for over 40 years, and their legacy as leaders of conceptual photography. As professors in photography at the Kunstakademie Düsseldorf, the Bechers directly influenced a generation of conceptual photographers including Andreas Gursky, Candida Höfer, Thomas Ruff and Thomas Struth.

Bernd Becher and Hilla Wobeser met as students at the Kunstakademie Düsseldorf in 1957 and began their collaborative project shortly thereafter, photographing structures in their home country of Germany, documenting for posterity the rapidly changing landscape of the early 1960s. Taken with an 8×10-inch large format camera, a strict set of rules and standards can be seen in each photograph including ‘Zeche Hannibal, Bochum, Ruhrgebiet, D’ (1973); the image is taken from a full-frontal view and from the same objective, on an overcast day to eliminate shadows, and always without human presence. Their uniformity is furthered in stark black and white prints, consistent sizing and frequent presentation in grids. This form of visual cataloguing is most significantly seen in the Bechers’ ‘New Objectivity’ forebearer August Sander, who grouped his subjects in pre-determined sociological categories in his magnum opus ‘People of the 20th Century’.

The regimented process undertaken in photographing every structure resulted in the shapes and contours of each gas tank or blast furnace being shown with the utmost precision and entirely unimpaired by external factors. Oftentimes, photographs were divided into groups by type of structure and systematically presented in grid format, creating a single typology. This format allowed the viewer to identify common features of the structures’ function while also recognising dissimilarities in their design; facets which were grounded in the structures’ geographical, historical and economical origins.

The Bechers named the subjects of their photographs ‘anonymous sculptures’ and indeed they emerge from their prints as unique sculptural entities. In a time dominated by minimalism, the Bechers became conceptual artists by re-inventing water towers, gas tanks and blast furnaces as sculpture, and influenced attitudes to fine art photography for the next generation. In ‘Esch-Alzette, L’ (1980) the water tower unequivocally holds the frame as the curved functionality of its form is almost cut out of the even flatness of the background, with a jutting metal beam separating it from the background further. The purity of their subjects’ forms can furthermore be seen in the blast furnaces of ‘Terre Rouge, Esch-Alzette, L’ (1979) and ‘Ilsede / Hannover, D’ (1984). Each structure is a functional tangle of metal piping, stairs, stoves, platforms and chambers yet the practicality of the furnace is elevated to a minimalist work of art through the Bechers’ technical treatments. As abstract forms, the industrial structures shed historical content and, through a commitment to uniformity, the Bechers reached a minimalist vision.

The ultimate acknowledgement of the Bechers’ transcendence out of photography into minimalism and perhaps a new art form was in 1990 when Bernd and Hilla Becher, upon representing Germany at La Biennale di Venezia, were awarded the Golden Lion in Sculpture for their presentation. Their photographs can be seen as sculpture in Hauser & Wirth’s exhibition through the significantly larger and standalone prints on view. In 1996 the Bechers began selecting certain photographs to be printed at a larger size (60 × 50 cm) than the prints presented in grids, prints they felt could exist and capture the viewer individually. The increased size of the photographs allows a unique connection to the works through this rare way of viewing the Bechers’ work.

‘Bernd and Hilla Becher’ is a continuation of Hauser & Wirth’s exploration of conceptual photography, most recently with the group exhibition ‘Serialities’ at Hauser & Wirth New York, 22nd Street, also featuring Bernd and Hilla Becher, and with a solo exhibition devoted to August Sander at Hauser & Wirth New York, 69th Street. Public events will provide further insights and encourage dialogue on the Bechers and their craft. On 17 October, a screening of ‘Die Fotografen Bernd und Hilla Becher’ by Marianne Kapfer will be presented in collaboration with Migros Museum für Gegenwartkunst.