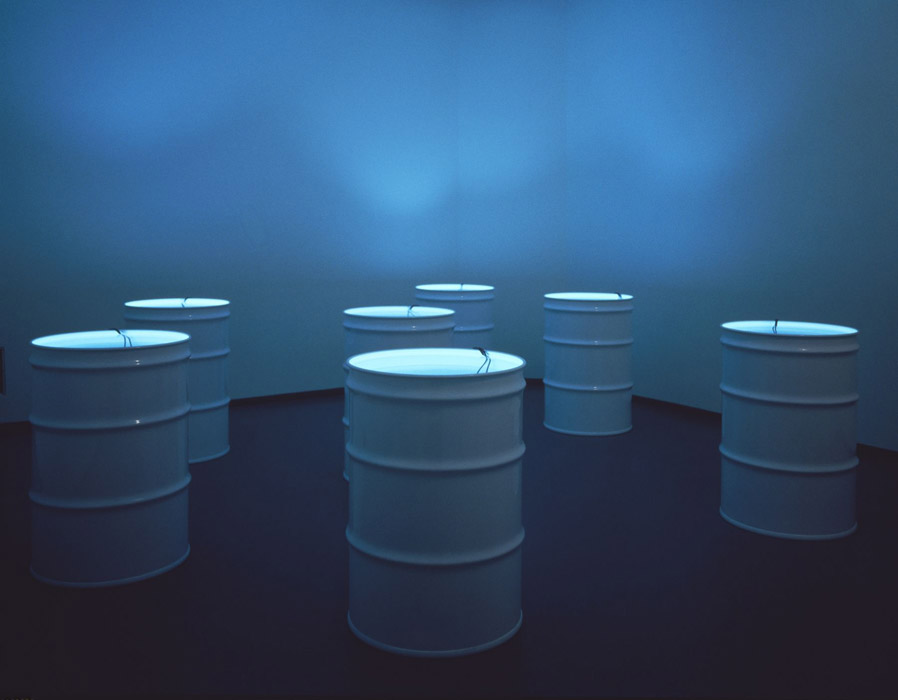 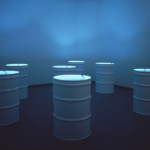 James Cohan will present “Moving Stillness”, an exhibition of two major works by Bill Viola, at the gallery’s Chelsea location. The exhibition features two large-scale installations, “Moving Stillness: Mount Rainier 1979” (1979) and “The Sleepers” (1992), both significant works that use the element of water as a metaphor for human consciousness and reexamine our understanding of the natural world. “Moving Stillness” is the artist’s eighth solo exhibition at James Cohan.

During the 1970s Viola was at the forefront of experimentation with the new medium of video, paving the way for subsequent generations of media artists. “Moving Stillness: Mount Rainier 1979”, by incorporating a large body of water, with video and sound recordings of nature, was pioneering in its use of mixed media. It is a meditation on the fragility of nature and our perception of its changes over time. A screen is suspended above a large shallow pool of water. A projector with three separate beams (one each for red, green and blue light) sends an image of Mount Rainier to the surface of the water that then bounces up to reach the rear projection screen. At periodic intervals, the water’s surface is manually disturbed causing the three beams of color to separate, until finally becoming an unrecognizable pattern of form and color. Slowly the water settles, to once more form a coherent image after the surface vibrations subside. Curator and new media scholar John G. Hanhardt writes, “Time becomes a powerful component in his work; as we see the image unfold, we become more aware of its making.” While a mountain is typically considered a symbol of strength, this work remakes Mount Rainier, as image and artifice, into a study of fragility. Of “Moving Stillness: Mount Rainier 1979” Viola says, “The ‘mountain’ is constantly unraveling and reforming. It becomes metaphoric for the existence of the mountain as a conceptual image in the mind. The mountain never moves, only your mind does.”

“The Sleepers” is a startlingly dark vision of sleeping people suspended under water, unable to make contact with the world outside. Viola describes the work: “Seven 55-gallon metal barrels stand in a darkened room. They are white inside and out and are open at the top. The only light in the room is a soft bluish glow emerging from each barrel and diffused throughout the room. The barrels are filled to the brim with water. At the bottom of each one under the water is a black-and-white video monitor facing straight up, the source of the blue light. Video and power cables for the monitor are visible as they emerge from the floor and enter the water over the top rim of each barrel. On each screen is a close-up of a person’s face while asleep. There is an image of a different person in each barrel, actual recordings of people sleeping presented continuously with little or no editing. Occasionally, the sleepers move or shift position, but they remain asleep, isolated from each other on their individual screens beneath the water.”

He lives and works in Long Beach, California with Kira Perov, executive director of Bill Viola Studio and Viola’s partner and collaborator for over 35 years.