Christopher Daze Ellis – Give It All You Got 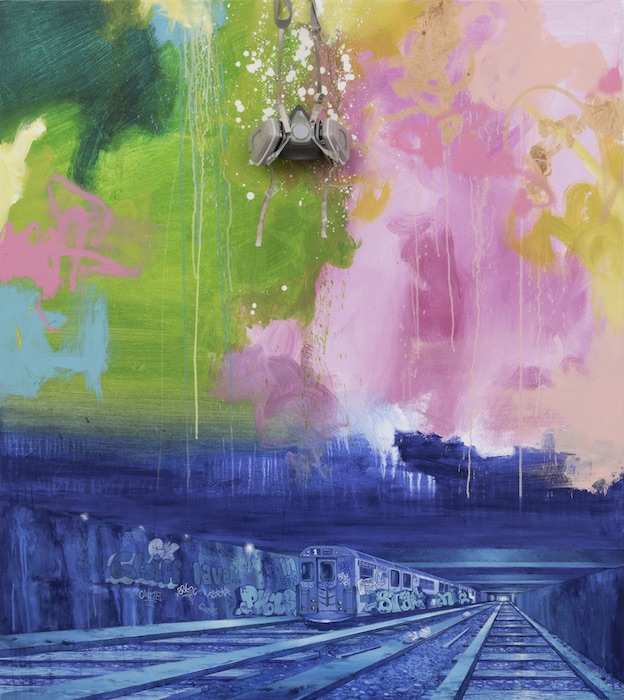 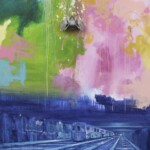 P·P·O·W is pleased to present Christopher “Daze” Ellis’s second solo exhibition with the gallery, “Give It All You Got”. Born in 1962 in New York City, Daze began his prolific career as part of the second generation of graffiti writers, painting New York City subway cars in 1976 while attending The High School of Art and Design. Inspired at an early age by writers such as Blaze, Lee Quinones, and PHASE 2, Daze gained notoriety as a teenager in the late 70s and early 80s and remains one of the few artists of his generation to make the successful transition from subways to the studio. Combining a selection of significant works from the 1980s and early 1990s with a series of new paintings and sculptures, “Give It All You Got” chronicles a lifelong dedication to portraying the lifeforce of New York City and commemorating those who made it what it was.

Simultaneously capturing the dynamism and spontaneity of the graffiti movement, Daze’s paintings also reveal a more meditative process and technique with works featuring thick brush strokes and layered paint that pay homage to artists like Willem de Kooning, Franz Kline, and Joan Mitchell. In a new series of paintings made during the pandemic, Daze captures the day-to-day scenes that comprise life in New York City – the interior of a subway car, a subway platform, Times Square on a snowy evening, a streetscape in the Bronx or Brooklyn – revealing both his personal history and encapsulating a particular moment in time. Throughout the exhibition, Daze returns to the subways to underscore their importance to his artistic evolution. For many years the subway cars and tunnels were his studio. In a recent interview, Daze notes, “the subways were a perfect venue for painting because when you make a painting in your studio, unless someone buys it right away, you tend to live with it for a long time and it becomes a part of you. But with subway painting, it was much more immediate in that you would go out and do something and then that would be it… It would take on a life of its own and it would travel throughout the city. Other people would see it, and if you were lucky you would see it again in motion and be able to document it in photographs… It had to do more with an individual message that just said, ‘Hey I’m here and I exist.’”

Channeling the energy of that declaration, the paintings on view in “Give It All You Got” reflect the diversity and complexity of the city now but also of a city that no longer exists. In paintings such as “A Memorial”, 2020, Daze pays homage to graffiti collaborators and friends who have passed, recalling memories of spray-painting subway cars, tunnels, and stations in the 70s and 80s. Highly detailed, “A Memorial” bears the tags of graffiti writers no longer with us such as Cliff 3YB, Billy 167, and Stan 153 of the Ex Vandals, one of the earliest organized crews in the history of graffiti. Hanging a respirator atop the painting, Daze alludes to the sacrifice he and his contemporaries made by spray painting before respirators were widely used. In this work and others, Daze contemplates his youth during a tumultuous era of New York City while simultaneously grappling with himself as an adult and father in a new, equally fraught moment in the life of the city. With a new daily commute on a subway that might look nicer but is just as chaotic and dysfunctional, Daze explores what it means to capture a personal and collective history, distill the essence of a city, and define the quotidian elements that ultimately shape our shared experience of a place.

“Give It All You Got” will be accompanied by an exhibition guide featuring an essay by scholar, writer, and curator Rich Blint. As the Assistant Professor of Literary Studies and Director of the Program in Race and Ethnicity at The New School, Blint has a vocational dedication to the revolutionary potential of innovative humanities practice.

Chris Daze Ellis’s (b. 1962) first group show was the seminal “Beyond Words” at the Mudd Club in 1981 which featured works by Keith Haring and Jean-Michel Basquiat. Soon after, his first solo exhibition was held at Fashion Moda, an influential alternative art space in the South Bronx. He has had numerous solo exhibitions at the Palais Liechtenstein, Feldkirch, Austria; Musée d’Art Moderne et d’Art Contemporain, Nice, France; Galleria del Palazzo, Florence, Italy; Fortune Cookie Projects, Singapore; The Museum of the City of New York, New York; and P·P·O·W, New York. His work can also be found in the permanent collections of The Whitney Museum, New York; Museum of Modern Art, New York; The Museum of the City of New York; The Suermondt-Ludwig-Museum, Aachen, Germany; Yale University Art Gallery, New Haven, CT; and The Addison Gallery of American Art at the Phillips Academy, Andover, MA, among others.