David Mann – Before Our Eyes 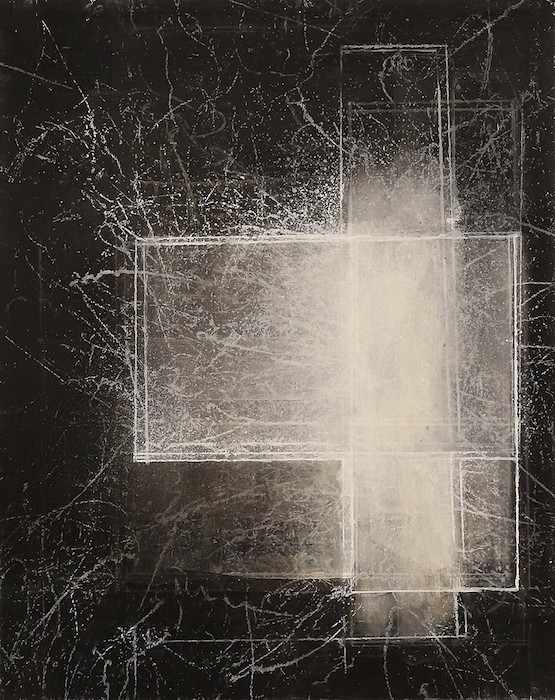 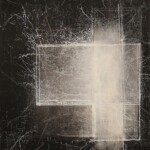 Margaret Thatcher Projects is pleased to present a series of new abstract paintings by David Mann to commence the gallery’s 2020 Spring programming. In his second solo show at the gallery, Mann focuses on themes of galactic and oceanic light, transparency and opacity of space, and the illusion of time. The works in the exhibition ranging from the monochromatic 12 x 12-inch square “Huddle”, to the 60-inch square painting, “Anthem”, are fully realized paintings. Each is given the focused attention of the artist to create, through the use of intense colors and luminously transparent glazes, worlds which are primitive and elemental.

Mann is inspired by the uncertainty of human perception when glimpsing forces of nature that are typically hidden from view. Building layers of oil, acrylic and alkyd paint, he overlaps ethereal incandescent volumes, crackling sparks and structured linear elements. The resulting images contain deep, mysterious spaces seemingly captured in moments of flux. The rich colors, inky blacks and glowing particles resemble both enormous celestial occurrences and minute energized reactions. Slightly trembling rectilinear forms hint at an underlying mathematical logic among the kinetic collisions. The compositions often imply illuminated portals, thresholds or passages, which reinforce the viewer’s sense of flowing time and space. Mann indicates that transformative natural events existed prior to human witness. In “Strata”, for example, bright transparent blue is interlaced with a dense and reverberating foreground, evoking a sense of a deep ocean odyssey or a radiating cosmic cloud. The viewer is reminded that eternal elements such as visible light, invisible energy and streaming time combine to shape human understanding.

Mann’s work captures a culmination and an ambiguous moment. He says, “Something is just coming into being, or on the contrary, having its moment of existence eclipsed; something is simultaneously verging on the cusp of decay and part of a moment of becoming.”

David Mann is an American artist living and working in Brooklyn, New York. His paintings have been exhibited throughout the United States and Canada, including recent solo museum exhibitions at the Flaten Art Museum, Northfield, MN, and the National Academy of Sciences, Washington, DC. In 2000, the artist was awarded a Pollock Krasner Foundation Award. His paintings are in several public and corporate collections including The Albright-Knox Gallery, Buffalo, NY, The Brooklyn Museum, Brooklyn, NY, and The Eli and Edyth Broad Museum at Michigan State University, East Lansing, MI. Reviews of Mann’s work have been published in The New York Times, Art in America, TimeOut NY and The Brooklyn Rail, among others.