Fabio Mauri – With Out 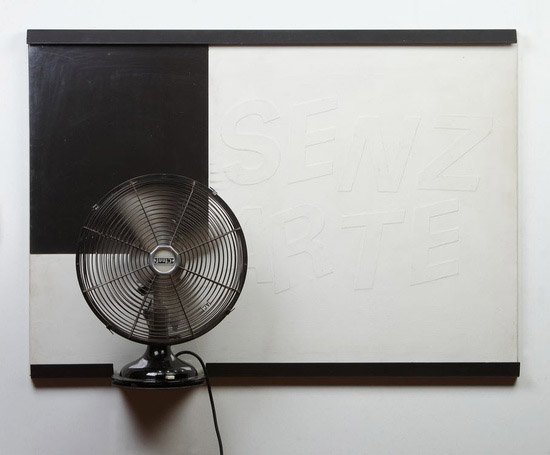 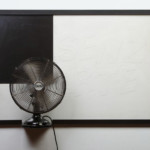 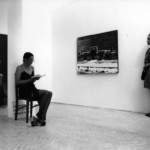 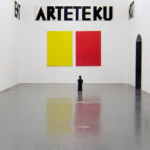 “I act as if [Fascism] had not undergone its final condemnation, but was still in force today. Elsewhere, one might rightly suspect, it appears to me that it is still operating in different ways.” (Fabio Mauri, ‘Ebrea’ (Jewess), 1971)

Hauser & Wirth is pleased to present ‘Fabio Mauri. With Out,’ a solo exhibition of works by the late Italian artist, organized with Olivier Renaud-Clément. In a career spanning five decades, Mauri conducted an unyielding critical exploration of the mechanics of ideology, specifically as they materialized in the visual languages associated with World War II, the rise of Fascism and the Holocaust, and their lingering echoes in the modern world. His command of a diversity of disciplines and mediums – from drawing, painting, sculpture, performance, film, and installation, to theatre and theoretical writings – produced an oeuvre that effectively connects the enduring traumas of the twentieth century to today. Sobering, direct, and poetic, Mauri’s work recovers individual and collective historical memory; it addresses themes of mass communication and manipulation, and brings to light the political dimension of images that proliferate throughout contemporary society by means of our most prized tools.

As part of the exhibition, Hauser & Wirth will re-stage a selection of Mauri’s historical performances, including ‘Europa bombardata’ (Europe Bombarded) (1978), on 25, 26, and 27 January; ‘L’Espressionista’ (Expressionist) (1982), which will be performed on Saturdays throughout the run of exhibition; and ‘Ebrea’ (Jewess) (1971), one of Mauri’s most provocative and celebrated works, to be performed on 9 February.

Matilde Guidelli Guidi on ‘Fabio Mauri. With Out’
Throughout his career, Fabio Mauri obstinately asked the fraught question: What is it to be a fascist, then as now? How does ideology mandate everyday behaviors, and what is the role of images in molding collective memory? In line with advanced conceptual art, Mauri’s multimedia work pursues this inquiry by dramatizing modernist painting, as this exhibition extensively demonstrates. The gestural brushstroke of expressionism migrates into evocative props for performances that restage fascist liturgies, while the aesthetic reductivism of the monochrome is treated as a screen encumbered by irreducible objects, images, and writing. At once philological and symptomatic, Mauri’s art confronts us with the residues of a fascist past, alerting us that nothing is superseded in history.

Mauri gives poetic answers to a lucid scrutiny of Western thought following the lead of German philosophers Immanuel Kant, who in the wake of the French revolution asked, ‘What is Enlightenment?’ (1784), and Martin Heidegger, who in the aftermath of World War II set to ask, ‘What is Philosophy?’ (1955). Yet, whereas those illustrious precedents are aimed at salvaging the premises of the occidental method – critique, judgment, and reason – Mauri’s artistic practice patiently recomposes that tradition, aspiring to work through its extreme consequence: violent discrimination endorsed by false rationalization. The cumulative architecture of rubble in his ‘Europa bombardata’ (Europe Bombarded) (1978) is the cumbersome evidence of that catastrophic possibility.

The fundamental themes of discrimination and violence further coalesce in Mauri’s installation ‘Entartete Kunst’ (1985). Translating ‘art of a separate kind’ or ‘degenerate art,’ it quotes the derogatory title of the 1937 Nazi exhibition of modernist artifacts that were seized, segregated, and displayed as a demonstration of what ought be repressed in name of Aryan purity. Here, a bronze sculpture of Joseph Goebbels, Nazi Minister of Public Enlightenment and Propaganda, stands between two large vertical monochromes, a red and a yellow. The blocky, jagged sans-serif type that the Nazis chose for their exhibition’s ephemera in mockery of modernism is repurposed by Mauri in a frieze carrying the spiteful title, further broken down in dynamic single-letter works on paper that gently encircle this tableau. In an ironic double-negation, Goebbels’ summarily molded bronze portrait appears bruised and dwarfed by the system that he had wanted to silence.

Selected works comprising ‘Ebrea’ (Jewess) (1971) seek to recover the experience of the subjects of Fascism via a reconstitution of their daily objects and routines. They illustrate the way totalitarian power disperses among the general population, accountable for mutual repression, control, and order. Mapping Jewish family names onto carefully crafted objects, the impeccable inventory of ‘Ebrea’ conveys the cumulative effect of such delegated power. The traditional aesthetics of Mauri’s props stand in opposition to the amnesic confidence of progressive Italian postwar design.

Traditional aesthetics also run through the series ‘Senza Arte’ (Without Art) (1990), in which Mauri explodes the conventions of still-life painting. A metallic stretcher, orphan of its canvas, has its contents scattered beside it, while a monochrome screen supplies a shelf for a fan, revealing a vinyl record hidden within. Fraught with irreducible material culture, these works recuperate popular memories lost. Never allegiant to any ideology, Mauri produced a powerful body of critical and associative works that record and dismantle the subtle mechanisms of all ideology – past, present, and future.