Kader Attia – The Valley of Dreams 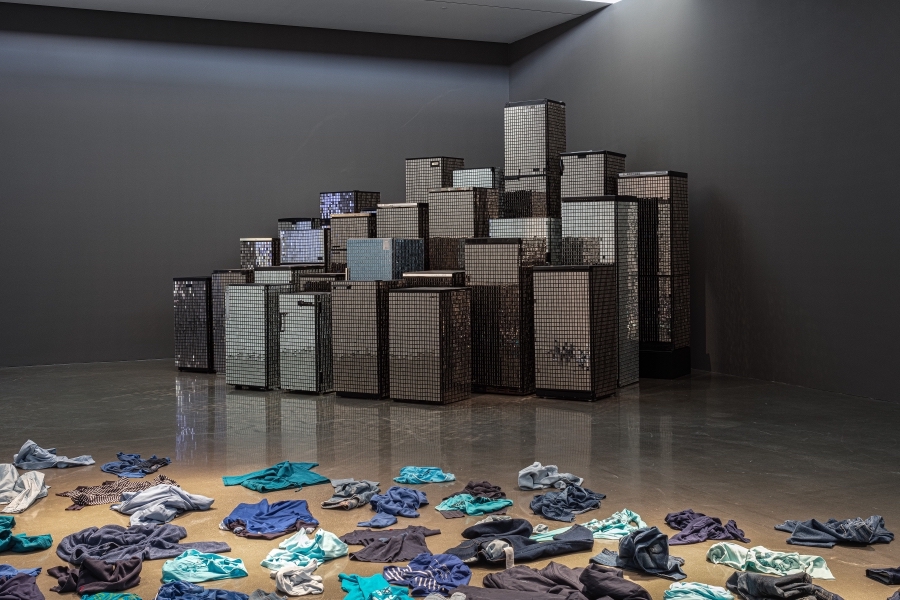 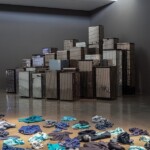 Regen Projects is pleased to present Kader Attia’s Los Angeles debut, “The Valley of Dreams”. The exhibition will present a selection of new and preexisting works in various media including a lightbox photograph, ceramics, sculptures, and a large-scale installation that continue his material and philosophical investigation of the notion of repair as a global, cultural phenomenon in response to historic, collective trauma. This marks Attia’s first show at the gallery.

Born in Paris and raised between France and Algeria, Attia’s practice is informed by his experience of living within two cultures. His rigorous, research-based works examine the lasting and wide-ranging effects of Western colonial hegemony on non-Western cultures. Attia says, “I have always felt a strong analogy between California, New Mexico, Texas, and North Africa. They are indeed located on the same latitude, their climates are similar (desert and sea), and, most importantly, they are the areas thousands of migrants attempt to cross despite the danger.” The exhibition’s title, “The Valley of Dreams”, offers a critique of ideologies that proffer Western modernity and progress while so often taking a devastating human toll – places like Hollywood, where, in Attia’s words, “hopes and dreams are nurtured and then confronted with harsh reality.”

“Rochers Carrés”, a 2020 illuminated lightbox, sets the conceptual stage for the exhibition. Seen from the vantage of an Algerian breakwater, the image depicts the sun-bronzed backs of two boys peering out at the horizon of the Mediterranean Sea. The infinite expanse of ocean before them – the point of departure for many refugees – embodies the promise of a better life elsewhere. The promised land is symbolized in Attia’s 2007 installation “Untitled (Skyline)”, a group of variously sized refrigerators entirely overlayed in mirrored tiles. Lit against a dark backdrop, the work produces an intoxicating mirage of a glittering metropolis while also provoking associations both of consumerism and of basic human need. In contrast to these hopeful scenes, “The Dead Sea”, 2016, a large-scale installation comprised of piles of blue garments lifelessly strewn across the gallery floor, silently memorializes the destruction left in the wake of the migrant crisis.

Attia takes inspiration from French theorist Gilles Deleuze, whose notion of “the fold” (le pli) forms a conceptual through line for much of the work presented here. Deleuze articulates a theory of becoming that he likens to a process of folding-in or incorporating outside attributes, like so many pleats. For Attia, injury is as important as repair, and he finds meaning in the ways non-Western cultures highlight or preserve the trace of injury, as opposed to the Western obsession with erasing the mark/injury as a brutal denial that often leads to more trauma. Paying tribute to the Japanese art of “kintsugi”, whereby broken pottery is repaired with lacquer dusted with powdered gold, shattered north African Berber ceramic dishes are mended with Tuareg blue colored epoxy. Employing a similar technique, blue paint is applied to the creased surfaces of crumpled paper dehydrated milk bags, encased in Plexiglas boxes and suspended from the ceiling. Carved wooden West African masks representing various animals are affixed with fragments of broken mirrors, serving as a glimmering reminder of Modernism’s reliance on so-called “primitive” cultures to help reshape their own, and reflect the viewer into a fragmented cubistic image.

Discussing the thematic role of repair in this exhibition, Attia describes its central paradox:
“Repair is an oxymoron, because ‘injury’ is its raison d’être. One cannot think about repairing something that hasn’t been injured. The state of the injured thing (the failure) and the state of the repaired thing (the repair) are forever bound in a causal layout that runs in the ethical and aesthetic loop of repair. This is true for all metaphors of repair: natural, cultural, political, immaterial, and so on…”

Make a reservation to visit the exhibition here.