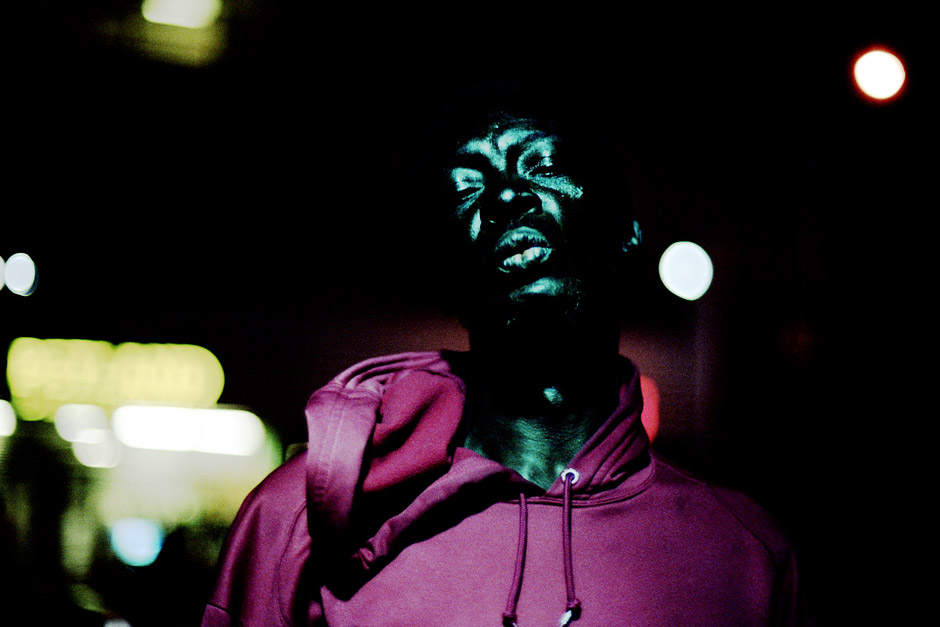 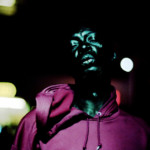 Gitterman Gallery is proud to present an exhibition of color photographs by Khalik Allah (b. 1985).

It is easy to walk through a city not making eye contact, but for Khalik Allah this contact is essential. He sees each individual he photographs. And his photographs in turn allow us to see them, to acknowledge who we might ignore, to look through Allah’s eye and into theirs, and to recognize them as individuals. This is the power of Allah’s work: to give us a deeper sense of people as people, to share and enlighten, even when the message may not be clean or easy.

The works in this exhibition are drawn primarily from images in his recent book “Souls Against the Concrete” (University of Texas Press, 2017). Made at night on 125th Street and Lexington Avenue in Harlem, the images provide a glimpse into a world and people that many choose to ignore. His subjects are often drug addicts, homeless, or both. Using only the available light from shop windows, street lights, or subway platforms, he photographs them with a slow color film, a combination that produces images full of grain and texture, a visual shorthand for the roughness and intensity of life on the street, and his own struggles early in life. The light is also often harsh or even surreal, resulting in figures awash in blues and reds. Luc Sante, in The New York Times Book Review, wrote, “The result is a panorama of human emotion: sadness, passion, bewilderment, pride, suspicion, amusement, exhaustion – all the faces of the night.”

Despite challenges early in life, Allah managed to maintain discipline and focus on self improvement. He credits these qualities, in part, to the teachings of The Five-Percent Nation, a movement whose name comes from its concept that only five percent of the world knows the truth about existence and is dedicated to enlightening the rest of the world. Founded in Harlem in the 1960s the movement emphasizes intellectual growth and enlightenment for black men in particular. Inspired and empowered by their message Allah seriously pursued the study of metaphysics, black history, and literature. Likewise, with no formal art training, he pursued video work first at the age of 14, and then photography, making his first pictures in 2010. He taught himself how to use a camera from videos on YouTube and later devoured books at the library on work of Henri Cartier-Bresson, Robert Frank, Nobuyoshi Araki, Daido Moriyama, and Bruce Davidson. The works in this exhibit, while distinctly his own, reveal his knowledge of these forbears. They also fit with the philosophies that he internalized from The Five-Percent Nation, using photography to enlighten us to the possibilities of humanity, especially within a community that remains largely invisible to many. In keeping with that perspective, he has referred to his photographic work as his “camera ministry.”

Khalik Allah finished his first film at the age of 19 and after getting it into the hands of the rapper Killah Priest, Allah went on to direct music videos for different members of the Wu-Tang family. His filmmaking changed radically after he became a photographer. His camera work slowed down and he made prolonged eye contact with the individuals he filmed. His 2015 film, “Field Niggas” (inspired by Malcolm X’s 1963 speech, “Message to the Grassroots”) received high acclaim and numerous awards including the 2015 Le Prix Scribe, Paris. He also served as one of the cinematographers for Beyoncé’s “Lemonade”. His most recent film, “Black Mother”, will premiere at the True/False Film Festival in March and will have its New York premiere at the New Directors/New Films Festival April 4th at MoMA and April 7th at Lincoln Center.