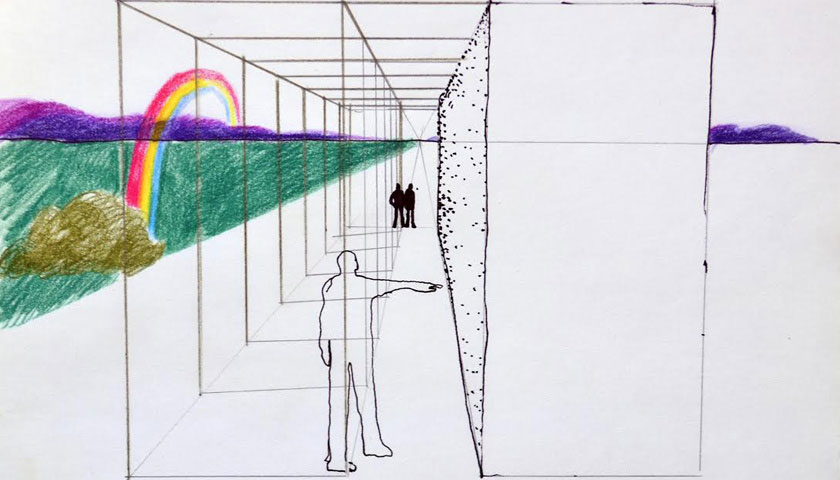 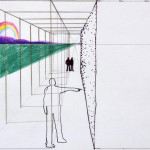 Hauser & Wirth Somerset presents ‘Land Marks: Structures for a Poetic Universe’, an ambitious exhibition, which brings together over 100 architectural studies and models, drawn primarily from a private collection.

The exhibition, curated by Nicholas Olsberg and Markus Lähteenmäki, follows two parallel paths, exploring the boundaries between sculpture and architecture and the power of structures to transform the landscape and the city into poetic environments. One path looks outward, to the city and the land, and at the potential of architectural ideas to reveal the lyrical or transcendental qualities of their setting. The other turns inward, to works of architecture as discrete containers of thought, memory, sociability, or ideas.

While the exhibition looks back at precedents from as early as the 16th Century, the focus is on modern minds in modern times, and especially on those European and American architects and artists who influenced and changed our sense of what structures could do and say, as the societies they served moved from the first vast emplacements of the machine age, to the dawn of the electronic era.

The exhibition opens by looking to the natural world, showing situations in which structures charge the space around the sites on which they sit, moving from Frank Lloyd Wright, who believed his task was to complete the unfinished work of nature, to Superstudio, whose gigantic mirrored wall aims at a total reconfiguration of the landscape through reflection. Some of the works underline the stillness of the wilderness and garden. Others bring that stillness to life, insinuating moments of dynamic presence into a static world. Like Le Corbusier’s ‘Open Hand’, which punctuates the gigantic dam at Chandigarh, all of the works play on the viewer’s reading of distance, the shifts in scale and detail that appear as the viewpoint changes.

From the natural world, the exhibition moves seamlessly to cityscapes. From Hans Poelzig’s expressive moulded lines, which bring coherence to the mixed registers of the traditional city, to Mies van der Rohe’s photomontage of the Friedrichstrasse tower of glass superimposed on Dr Caligari’s dark Berlin, these structures meld, punctuate, challenge or lend unity and presence to the contradictions of a cityscape. By contrast a more radical approach, where the metropolis is recast into wholly new sculptural patterns to replace or cover it with a new ‘community of order’, is depicted in works such as Iakov Chernikhov’s visionary industrial cities of the 1930s.

A parallel path begins with memorials – objects that, as grand as Fontaine’s ‘National Cemetery’ or as small as a Viennese memorial stone, have their own sense of solitude, and call on the memory of the first built works in our long history: those stone blocks from which both architecture and written language come, on which the first glyphs appeared and from which the earliest lasting records of human history can be discovered.

From symbols of memory we turn to spaces that shape knowledge or encourage us to transcend the everyday; from Alvaro Siza’s Malagueira community centre, designed to talk to the geometries of the universe around us, to Antti Lovag’s ‘Structure de Rencontre et Reflexion’ – a space at once for meditation and encounter.

The final section of the exhibition looks at experiments for capsular living, universal structures and fundamental forms, from Louis Kahn’s meditation on the shape and shadows of primary forms in sunlight to Buckminster Fuller’s ‘Geodesic Perspex Chandelier’ (which was made as a wedding present for Princess Margaret and Lord Snowdon in 1960) and Ugo La Pietra’s tent-like communication cells for the emerging electronic city. Drawings have long been the tools to think the shapes and situations of architecture, and the last room of the show tries to suggest in all its variety the persistent idea of a collector’s cabinet, designed to house those thoughts.

The exhibition is a collaboration between the curatorial team of ‘Drawing Matter’ (drawingmatter.org) and Hauser & Wirth Somerset.

Markus Lähteenmäki is a Finnish art historian, writer and curator. He currently works as Projects Director and Co-editor of Drawing Matter, a project comprising series of workshops, exhibitions and publications on drawings. He teaches at the Cass, London Metropolitan University and occasionally at the Royal College of Art. Previously Lähteenmäki has worked for a variety of projects and institutions, including the Alvar Aalto Foundation, ICCROM, the Strelka Institute, and the 2014 Russian Pavilion at the Venice Biennale of Architecture. He received his MA in history of art at the Courtauld Institute in 2013. He has also studied at the University of Helsinki, the Moscow State University and at the Finnish Institute in Rome, in Villa Lante.

Nicholas Olsberg is a historian, archivist, curator and writer. Previousy Director of the Canadian Centre for Architecture in Montreal, Canada, his architectural publications include work on Marcel Breuer and Carlo Scarpa, with major studies and exhibitions on Frank Lloyd Wright, Arthur Erickson, Carlos Diniz and John Lautner. He is curatorial advisor to a number of leading private and foundation collections of art and architecture. He is a regular contributor to ‘Architectural Review’. He organised and led a series of lectures and discussions on the design and future of the American suburb at the Hammer Museum in 2013, and has led analytical studios in architecture and design with the Cities Programme of the LSE, London, England and Woodbury University, Burbank California, USA.

With thanks to Stephen Bann for the use of this subtitle, taken from his article, ‘Ian Hamilton-Finlay: The Structure of a Poetic Universe’, Studio Internationale, 177:908, January 1969, pp 78 – 91.