Mary Mattingly – Because for Now We Still Have Poetry 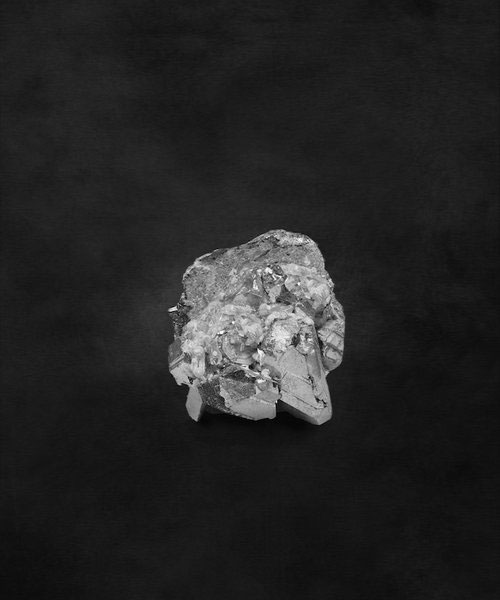 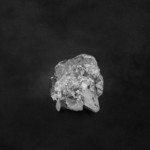 In her latest exhibition and fourth solo show at Robert Mann Gallery, “Because for Now We Still Have Poetry”, multimedia artist Mary Mattingly assembles stories that strive to transform people’s perceptions and reframe predominant ideologies by casting a spotlight on the lands that carry the scars of extraction from mining and chemical cultivation. Mattingly’s photographs give a look into systems of mining that support exploitive supply chains, in which the cogs in the machine work independently from one another without realizing the full potential of their destruction. Yet, they also capture the awe of how well oiled and expansive these so called “supply chains” are when put together.

Mattingly starts at the beginning of the “supply chain” with the minerals themselves. She isolates the strategic minerals necessary for national defense and military operations or those used for cultivating land. For example, Mosaic mines in Florida that harvest phosphate, and Eagle Mine in Michigan that harvests cobalt, use those minerals for fertilizer. These same minerals are also essential to the production of photography. In this, Mattingly sees absurdity because the same economic machines that drive mining, the artist relies on herself to expose the causes of these defeated landscapes. It is a poetic contradiction to work with materials that are both seductive, yet linked to these contemporary forms of violence.

Through still lives, Mattingly pieces together the ever-ending map of logistics, harvesting, transportation, manufacturing parts, money and the needs that make up the supply chain of strategic minerals as a way to comprehend nature morte that has been always been traditionally captured through painting, photography, zoological and botanical illustration. Because even though it may seem that we can’t go on… we must go on, because for now, we do still have hope.

This intense study into the methods of cultivation have also been the main focus of Mattingly’s most recent public project and “social sculpture,” “Swale”, a floating forest on the Bronx River that has one main purpose: to engage New Yorkers in a conversation about the benefits of shared, public food by offering crops to pick and eat. Mary Mattingly will participate in Storm King’s upcoming exhibition, “Indicators: Artists on Climate Change,” which opens May 19, where she is preparing an as-yet-untitled work in which she will bring trees from a tropical climate – mango, coconut and fig are in contention – to the Hudson River Valley, calling attention to the way that changing temperatures may affect the future of food.

Mattingly participated in MoMA PS1’s “Expo 1” in collaboration with Triple Canopy Magazine in 2013, received a Knight Foundation Grant for her “WetLand” project that opened in 2014 on the Delaware River in Philadelphia, and in 2015, she completed a two-part sculpture “Pull” for the International Havana Biennial with the Museo Nacional de Bellas Artes de la Habana and the Bronx Museum of the Arts. Her first “Art 21: New York Close Up” documentary video was released in 2013. Mattingly’s work has been exhibited at the International Center of Photography, the Seoul Art Center, the Brooklyn Museum, the New York Public Library, deCordova Museum and Sculpture Park, and the Palais de Tokyo. Her writings were included in “Nature”, edited by Jeffrey Kastner in the “Whitechapel Documents of Contemporary Art” series.