Spencer Finch – The Brain is deeper than the sea 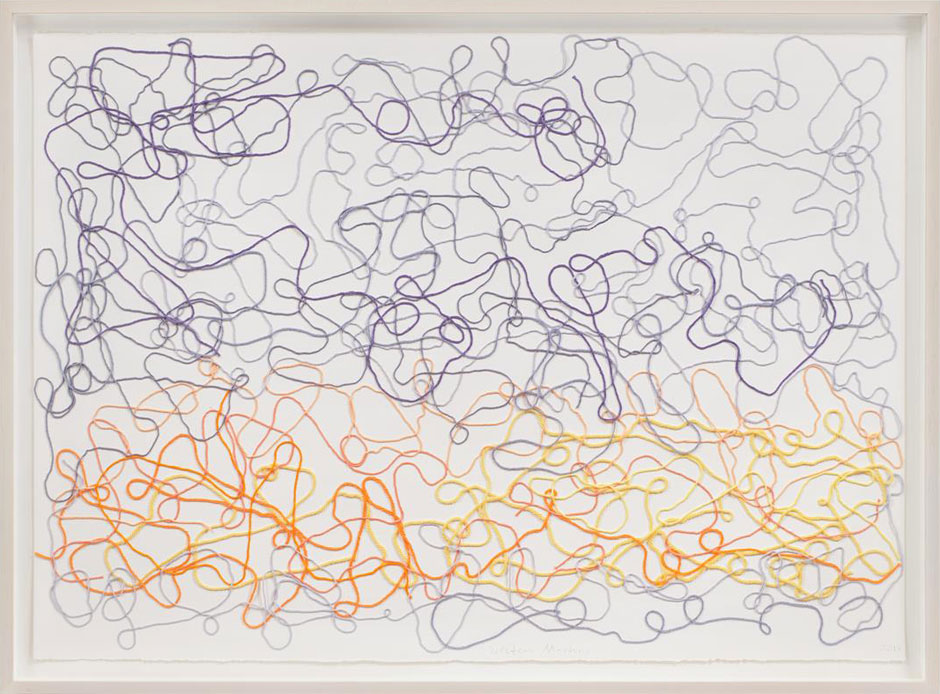 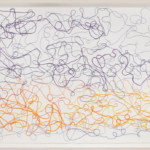 Spencer Finch combines a poetic sensibility and a scientific approach to gathering data to create installations, sculptures and works on paper that filter perception through the lens of nature, history, literature, and lived experience. Finch uses precise instruments such as anemometers and light meters as well as his own observation to recreate the transcendence of quiet moments – the play of light on his studio wall at night or a breeze through the window – and celebrate the sublime in the quotidien. Finch’s scientific methodology emphasizes rather than discredits the importance of subjectivity; the natural world may be measured, but our individual experiences of it will always diverge.

The title for this show is taken from “The Brain – is wider than the Sky – ,” a poem written by Emily Dickinson circa 1892. Finch has long been inspired by Dickinson’s poetry, and admires what he calls her “super sensitivity” to the world around us. Over the summer, the artist re-read all 1,789 poems that Dickinson wrote in her lifetime. Like Dickinson, Finch is interested in making the abstract tangible and defining experience without confining it, while simultaneously acknowledging the limits of observation and the impossibility of objective memory. Many of the drawings in this show explore the ephemeral and fundamentally ineffable qualities of light and color in the same New England landscape that shaped Dickinson’s elliptical language.

In “Word Rain (better than music!)”, Finch uses Vladimir Nabokov’s colored alphabetic code to transliterate the words of “Better – than Music!,” Dickinson’s 378th poem. These dabs of vivid color suggest a continuous synthesis of visual experience and language in human consciousness. “Western Mystery (she sweeps with many colored brooms)” is a drawing of a sunset – Dickinson’s “threads of light” concretized – in which the passage of day into dusk is charted in the changing hues of unspooled yarn collaged to paper. “The Outer – From the Inner” (Emily Dickinson’s bedroom, dusk), a suite of seven photographs created in Dickinson’s Amherst bedroom, captures the view through her window as the sun sets. The photographs follow the window’s transformation from a transparent pane of glass into a mirror. Over the course of the day, the initial view of the Massachusetts woods outside gradually gives way to a reflection of the poet’s bedroom inside. The work echoes an earlier photographic series Finch completed in his Gowanus studio – drawing parallels between the poet’s bedroom and the artist’s studio as similar sites of contemplation and artistic fecundity.

Spencer Finch (born 1962, New Haven, Connecticut) has exhibited extensively, both in the US and internationally. Recent major projects include “Fifteen Stones (Ryoanji)”, an intervention in the International Pavilion at the Fundació Mies van der Rohe, Barcelona, Spain (2018); “A Cloud Index”, a site-specific commission for the new Elizabeth line station at Paddington in London (2018); “Lost Man Creek”, his project with the Public Art Fund, Brooklyn, NY (2016-2018); “Trying To Remember the Color of the Sky on That September Morning”, a special commission for the 9/11 Memorial, New York, NY (2014); and “A Certain Slant of Light”, The Morgan Library & Museum, New York, NY (2014).