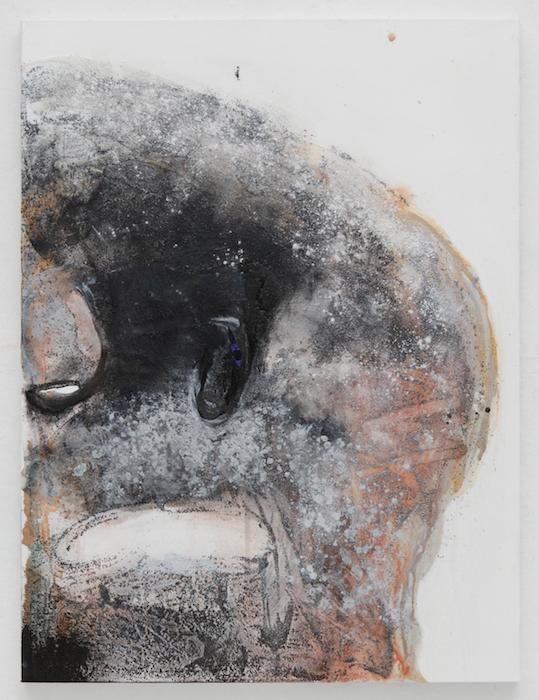 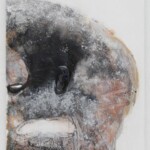 For her fifth solo exhibition at Team, Suzanne McClelland will show a new project comprised of 26 paintings, one for each letter of the latin alphabet. Systems of communication have always been at the center of McClelland’s work, exploring the abstraction inherent in visual modes of expression and the limitations and liabilities of language and painting. In “Mute”, language and semiotics assume a new level of structural and conceptual integration that drives the work towards heightened abstraction. The new paintings engage with the making of an image while avoiding representation, following an intention, simply put, to render the unutterable.

The paintings’ vertical format suggests portraiture, not landscape, though the forms are neither human nor animal but viscous spills that appear cognizant. These deltas of paint record the pouring, staining, and hardening of fugitive pigments, surface and gravity obliging mutable and formless materials to change state and arrest into image. Shape and composition appear closer to effluent deposits than painterly configurations, and the artist’s minimal interventions and mark-making in this ground disrupt our notions of agency and control.

McClelland’s off-piste approach to painterly materials has long been a signature of her work. The surfaces of her latest paintings, alternately or simultaneously dusty, creamy, inky, shining, are encrusted with frozen sprays of glitter, charcoal, and dry pigments, and call to mind brackish estuaries or petri dish cultures that manipulate our sense of scale and convey an organic vitality. Across these paintings, it is the materials that cause the color. Amid fishy teals, stentorious greys, body-bag blacks, glittering golds and milquetoast whites, one sees the manner in which things behave; a constant weeping and bleeding of matter into matter.

Given the degree to which language is embedded within the central nervous system of McClelland’s work and contemporary life, it’s noteworthy for her latest body of work to not only break it down to its most basic units, but image its active, and perhaps strategic, dissolution. The characters of the latin alphabet are among the most instantly recognizable symbols we encounter every day, though their graphic existence verges on invisibility, a trait encoded in their role as a stand-in; speech, broken down into sounds, represented by glyphs. In muting these elemental units of language, McClelland liberates them from an existential bind, severing their function from a point of origin that tethers them to what can be articulated and vocalized. The paintings in MUTE deconstruct symbols and structures into the synaptical and chemical operations of an instinctual response, and manifest an alternate alphabet for expressing things that cannot be described or spoken, yet demand to be heard.

Language, like air and water, is an existential necessity; like air and water, it is susceptible to harboring the toxic and inimical. “Mute” is set on the faultline of the Information Age and the Trump era, what James Bridle has termed a New Dark Age: “The Enlightenment ideal of distributing more information ever more widely has not led us to greater understanding and growing peace, but instead seems to be fostering social divisions, distrust, conspiracy theories and post-factual politics.” McClelland’s process for these paintings engages with notions of control and doubt, seizing on intuition, sense, and chance as powerful means of responding to, and circumventing, systems oriented around quantifying, naming, and predicting. Akin to aleatoric musical composition, “Mute” is determined in course but open to chance in outcome; McClelland engages with generative procedures, mobility of form, and indeterminate notation as methods for uncharted composition and deconstruction.

Form takes new and variant shape in McClelland’s installation of paintings, and each sequence and bundle of sequences, moves with “a rhythm, speed, a tone, a flow, a pattern, shape, length, pitch, conceptual direction,” as Robert Hass says of language. This body of work can be read adjacent to Susanne Langer’s aesthetic and semantic theory, which is founded on our propensity for making and discerning patterns and symbols. Langer posits that feeling and form in language is articulated through discursive symbols, and that art employs presentational symbols; “Mute” occupies a unifying space between the two, surveying the constituent element and collective whole and offering innumerable permutations for form and meaning to shift and evolve based on context and arrangement. As an artist, McClelland remains obstinate yet yielding; lyrical in her thorniness.

Since the mid-1980s, McClelland has shown her work extensively in the United States and abroad. Museum solos include those at the Aldrich Museum of Contemporary Art in Ridgefield, CT, the Weatherspoon Art Museum in North Carolina and the Whitney Museum of American Art in New York. Her work is included in numerous public collections, among them The Museum of Modern Art, The Metropolitan Museum of Art and The Brooklyn Museum in New York City, the Yale University Art Gallery, the Albertina in Vienna and the Walker Art Center. McClelland was included in the New Museum’s “NYC 1993: Experimental Jet Set, Trash and No Star” and participated in the 1993 and 2014 Whitney Biennials.