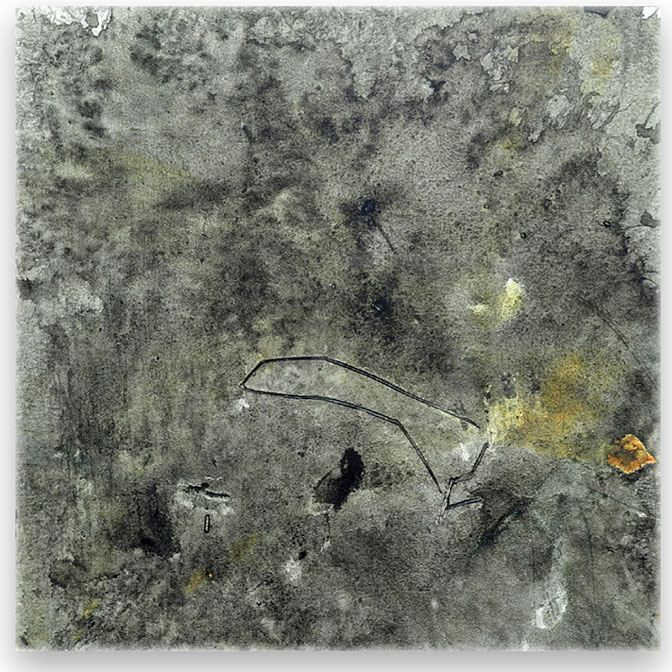 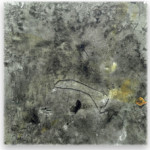 Margaret Thatcher Projects is excited to present “Drawing Through: France & Poland”, a series of large-scale paintings and a selected group of works on paper by Tad Mike in what will be his debut solo exhibition at the gallery.

Begun in 2009, “Drawing Through” is a sensitively wrought series that implores us to engage our consciousness, empathy and appreciation for the natural world through Mike’s favored plein air method. Executed during the artist’s trips to small villages in France and Poland, Mike calls attention to the ever-changing relationship between people and nature by employing unorthodox materials in each piece. Local vegetation, rocks and other organic objects become tools to capture fleeting moments of time and memory of the site-specific locations the artist selects during his travels.

Albeit some consistencies in material such as walnut ink, watercolor and paper or canvas, Mike’s other mediums constantly vary in response to the different environments in which he situates himself. Needles of a Hemlock tree, particular stones, moss and grass plucked from the ground all become unique mark-making tools that symbolically inscribe the fingerprints and essence of the landscapes he traverses.

In addition, Mike’s background in music composition heavily influences his mark-making process. As though writing beautifully layered chamber music, Mike visually represents his symphonic intuition by infusing the moods or feelings of each location thus allowing the drawings to be “quietly intense, with counterpoint and restraint, but emotionally complete.” In the simplest way Mike describes and characterizes his practice as “I work outside.”

Tad Mike received his B.F.A from The Cooper Union in 2001 and his B.A from the New School in 1998. His work has been exhibited nationally and internationally. Mike has participated in many artists’ residencies, including La Napoule Art Foundation at the Chateau de La Napoule, France where several of the pieces in this exhibition were created. His works are in public and private collections including the Wynn and Sally Kramarsky Collection (New York, NY), Columbus Museum of Art (Columbus, GA), Berkeley Art Museum (Berkeley, CA) and The Cochran Collection.