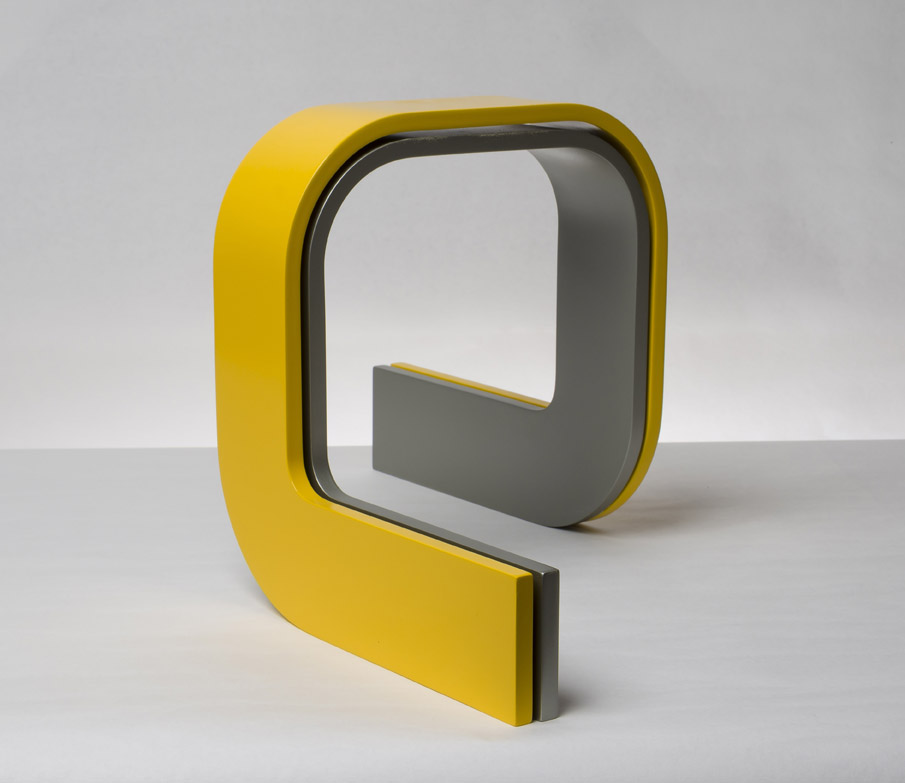 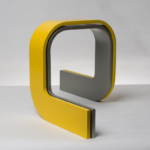 Rena Bransten Gallery is pleased to present an exhibition of sculptures, paintings, and works on paper by artist Tony DeLap. Conflating and confounding the distinctions between painting and sculpture, DeLap’s works are infused with an ethos of magic; the interaction between geometry, magic, colors, and meticulously rendered lines and surfaces show a fascination with and mastery of the craft of perception.

A signature element of DeLap’s paintings are their shapes and edges, often employing poetic, flying wooden elements hovering somewhere between frame and sculpture. These are canvases with unexpected angles and edging – the wall becoming part of the artwork and the angles playing with space and shadow. Often monochromatic, they are energized through his non-traditional shapes. For works that would traditionally be considered two dimensions, the lines and folds seem impossible and fantastic.

DeLap’s sculptures are also interested in line and curve – the relationships between the gestural forms lyrical and often tender, some invoking magic tricks, and some playing with humor and asking for interaction. Also included in the exhibition are several small works on paper–sketches, watercolors, and drawings which show a glimpse into the artist’s process.

With notable contributions to several art movements – West Coast Minimalist, Op Art, finish/fetish, and the Light and Space Movement – and 35 years as an art professor at the University of California, Irvine, DeLap’s career as artist and educator is immense. A major retrospective of his work with accompanying catalog was presented at the Laguna Art Museum, California, in 2018, shortly before his passing.

Tony DeLap (b. 1927, Oakland, CA, d. 2019, Coronoa Del Mar, CA) attended the San Francisco Art Institute and the Claremont Graduate School, moving to Southern California in 1965 where he taught at University of California, Irvine until 1991. He has been included in many landmark exhibitions including “The Responsive Eye” (1965: Museum of Modern Art, New York, NY), “Primary Structures” (1966: Jewish Museum, New York, NY), and “American Sculpture of the Sixties” (1967: Los Angeles County Museum of Art, Los Angeles, CA).