Visual Notes for an Upside-Down World – curated by Jack McGrath 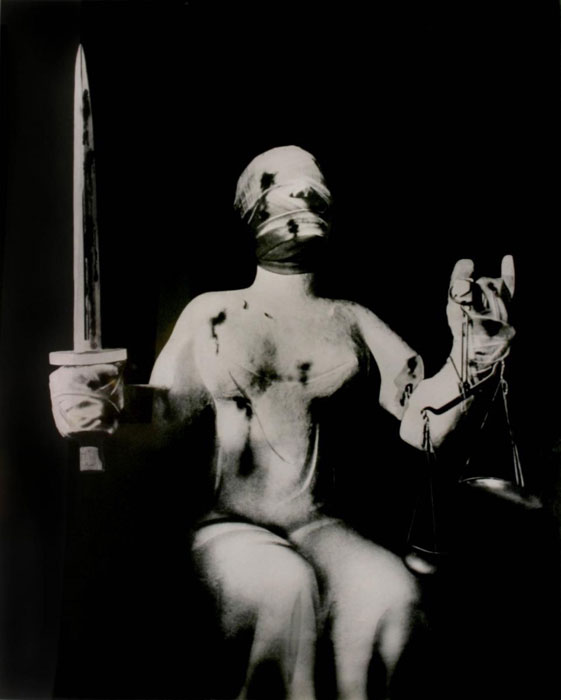 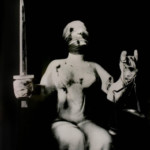 “In a world that really has been turned on its head, truth is a moment of falsehood.” (Guy Debord)

P•P•O•W is pleased to present “Visual Notes for an Upside-Down World”, a group exhibition featuring works by a range of historical, established, and emerging artists. Since antiquity at least, the notion of “the world on its head” has communicated a sense of extreme crisis or carnivalesque aberration. In an inverted world, normal order is upended. Hierarchies are reversed. Opposites trade places. Values shift. Like a demonstrator waving an upside-down flag, artists frequently invoke this trope to express dissent – a visual sign of protest in unjust times.

Articulating the breadth of significance for the trope, the exhibition includes a diverse array of works from the late 19th century to the present. Carlos Motta’s video projection “Inverted World” (2016) documents the artist suspended naked by his feet inside the chapel at Tenuta Dello Scompiglio in Lucca, Italy – a homoerotic homage to an inversion of biblical pedigree: Caravaggio’s “Crucifixion of St. Peter” (c. 1600). Suzanne Treister‘s “Hexen 2.0: Literature” (2009-11) traces the intellectual roots of our contemporary condition through a series of backwards book jackets. One gallery will feature avant-garde photography made in and around the 1930s, a decade so apposite for our times, as well as moments of homosocial intimacy captured by photographer Alice Austen in the 1890s, an era when “invert” meant homosexual. Also included will be work by young artists currently or recently enrolled in Columbia’s MFA program (Yasi Alipour, Hugh Hayden, and Alex McTigue). Curator and art historian Jack McGrath will offer an illustrated catalogue essay situating these varied strategies within a context yet deeper than the century represented in the exhibition.

Each work of art included mobilizes a kind of contraposition, rotation, or radical reversal. Each involves some vertiginous dislocation, perverse twist, or dizzying shift. Each also confronts a set of social conditions – race, gender, aging, war, sexuality, modernity, and faith, to name a few. Capsized and switched, unsettled and unsettling, these works interrogate the role of art in a world upside-down. In a time when we speak of catastrophe in the same breath as circus, where clowns rule and majorities don’t, where news is fake and lies are real, art history offers both warning and hope.

Jack McGrath (PhD, Harvard 2014) teaches at the Columbia University School of the Arts. He has taught art history and critical theory at Barnard, Parsons MFA Fine Arts, Cooper Union, and Yeshiva College. His essay “Processing Blood and Soil” appears in the Hans Haacke October Files (2015), and his monographic study of Piero Manzoni, based on his doctoral dissertation, is forthcoming.