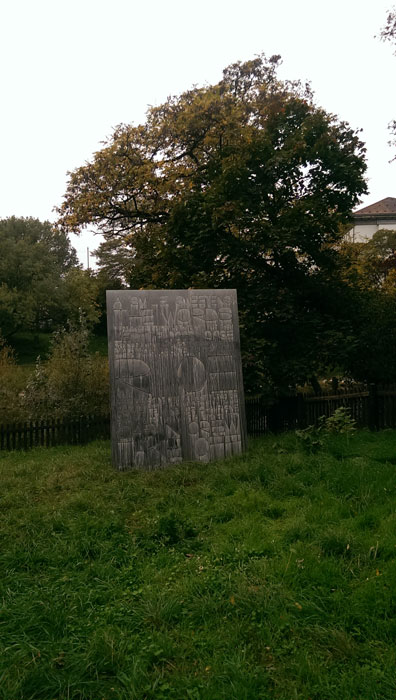 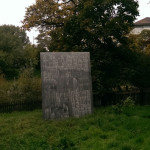 Gilles Furtwängler: A smile sweetens the words. Birds existed before us, that’s why i feed them. Let the dogs loose. These new windows which can cloud are very practical. One can have them opaque when madam is naked and clear when madam is dressed. Have you ever made love on a Louis the 14th commode? Rice goes on cooking after the heat turned off. Just before that, when it’s nearly done you can add a lit- tle water or white wine or champagne. Even if you don’t speak you are a very nice person. Cabin crew. Take off. The Wealthy yes, the poor yes, stress yes, woollen blankets yes, 2015, MDF, primer, acrylic glue, wood lack, 280 x 207 cm 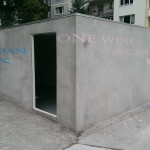 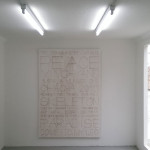 Do you feel this spirit of Eternity?
Tic-Tac. Tic-Tac.
I am feeling so happy. If I had an Uzi,
I would empty a magazine in the sky.

When seeking knowledge of a work of art or an art form, it never proves useful to take the receiver into account. Not only is every effort to relate art to a specific public or its representatives misleading, but the very concept of an “ideal” receiver is spurious in any discussion concerning the theory of art, since such discussions are required to presuppose only the existence and essence of human beings. Art itself also presupposes man’s corporal and spiritual essence – but no work of art presupposes his attention. No poem is meant for the reader, no picture for the beholder, no symphony for the audience. (Walter Benjamin, “The Task of the Translator,” 1923)

Through collages mixing found material – from overheard conversations, commercial slogans to celebrity’s quotes – together with his own writings, Gilles Furtwängler’s work seeks to extract the poetry hiding in the cracks of language. Using written and spoken words, his work highlights (or provokes?) the serendipitous collisions that so often take place when manipulating language; mistranslations, rhymes, neologisms, nicknames, puns, oxymorons are only a few examples of the figures the artist is using to produce his mischievous literary arrangements.

Borrowing his vocabulary from cinema, daily life and advertising, his dialectics stretch abstraction up to the point where they become an almost new language, sort of uncanny meta-prose that nevertheless always sounds familiar. For his exhibition at SALTS, his first solo presentation in an institutional context in the German part of Switzerland, Furtwängler painted the four external walls of SALTS cube with new quotes and sentences. Sometimes stretching and overlapping across several walls, the pink and blue typeface is partially distorted, with a design that contributes to create a spatial and optical illusion. Inside, the artist produced a minimalistic environment, choosing only to exhibit two panels on which he hand-wrote longer paragraphs of text with glue that he then covered with white paint diluted with organic colours, such as tea, cinnamon and food dye. Encouraging the audience to embark onto a mental and physical rêverie, three more written panels are leaning nonchalantly on the trees of the garden.

In an attempt to break common interpretation patterns, (such as pink is for girls and blue for boys), and often going against his own inclination, Furtwängler determines production parameters, such as size, layout, colour and added ingredients or smells, according to a non-systematic, non-linear approach, as if the only rule was that there isn’t one. Conscious that random cannot exist, the artist seeks to find a formal approach that helps his texts resonate rather than determine its meaning.

Gilles Furtwängler (*1982, lives and works in Lausanne and Johannesburg) Graduating from ECAL in 2006, since then he has been developing a practice in wall painting, graphic design and mostly text (writing and reading). Furtwängler has performed and exhibited internationally, including in France, Belgium, Germany, Spain, Lithuania, Netherlands, USA, Mozambique, South Africa, Philippines, etc. He is member of art center Circuit in Lausanne et of the collective “Makrout Unité”. He was awared with the Swiss Art Award in 2015, the Quark Prize in 2014, as well as the ProLitteris Award in 2013. We would like to thank Pro Helvetia, the Swiss Arts Council, for their generous support.