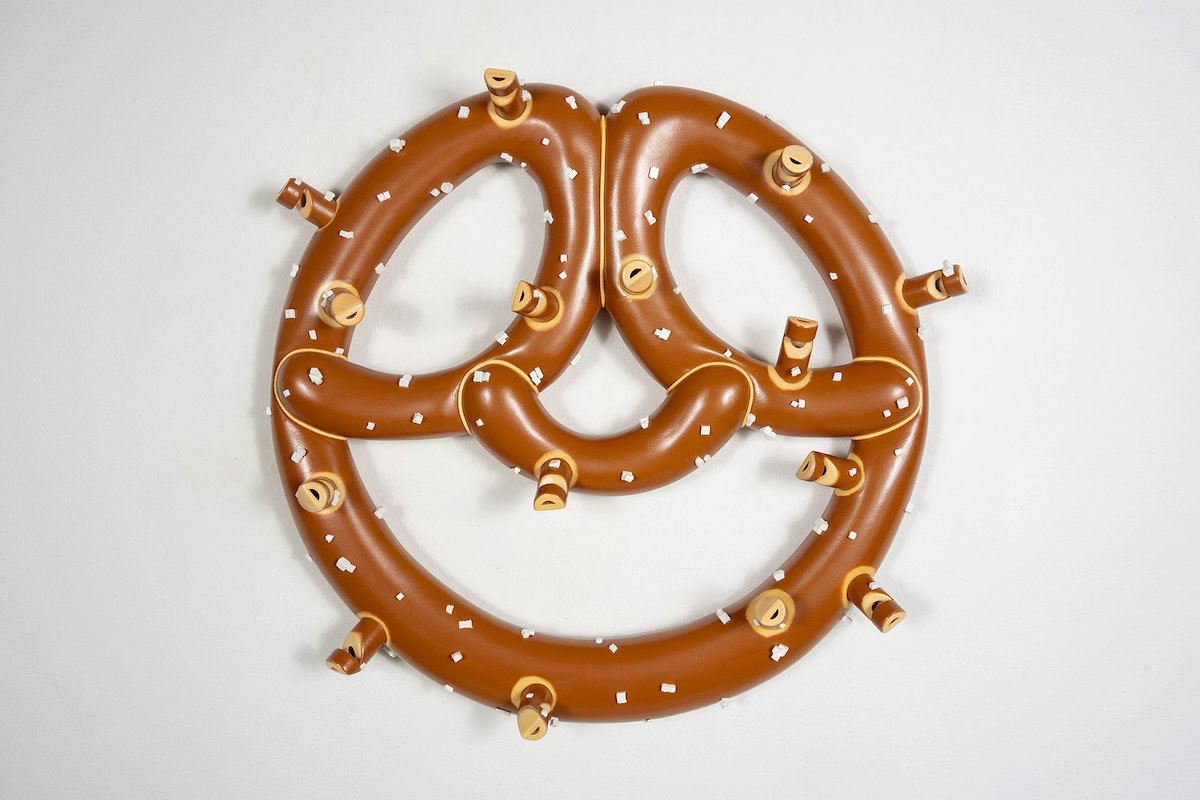 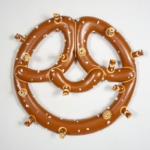 Jane Lombard Gallery is pleased to announce its summer group exhibition: “Punchline”, a takeover of its Tribeca space by the Boston-based Praise Shadows Art Gallery. Presenting works of various media from ceramics to video games, the show is inspired by artists who use humor to communicate issues that are often considered taboo or difficult subjects of conversation. “Punchline” is also inspired by our need for levity, our desire to laugh out loud unexpectedly. The (art) world could use a little more laughter. The exhibition, featuring work by Jon Burgerman, Reniel Del Rosario, Madeline Donahue, Divya Gadangi, the Guerrilla Girls, Garrett Gould, Oliver Jeffers, Nina Katchadourian, Kalup Linzy, Duke Riley, and Ben Sloat.

The OGs of using humor to drive home a message are the Guerrilla Girls, the anonymous group of feminist, female artists devoted to fighting sexism and racism within the art world. Since 1985 they have used, according to their bio, “outrageous visuals and killer statistics to expose gender and ethnic bias and corruption in art, film, politics and pop culture.” The Guerrilla Girls will present nine iconic posters dating from 1989 to 2021.

Humor as a powerful tactic for persuasion is evident in the work of Duke Riley. Most humans have a difficult time comprehending the scope of ocean pollution and our contribution to the problem. Rather than taking a sanctimonious tone, Riley makes us laugh while simultaneously calling out our dependency on single use plastics. An installation of colorful fishing lures? Look closer. The lures are made from ocean trash, including plastic tampon applicators, toothbrushes, and lighters.

Four of Nina Katchadourian‘s photographs from the “Disasters” section of the acclaimed “Seat Assignment” series will be included, all deliciously funny depictions of anxiety while flying. One example, “Pretzel Meteor” (2012), is a witty work that triggers everyone’s aerophobia by using two items at every passenger’s disposal: an inflight magazine and a complimentary bag of pretzels.

Paintings include Oliver Jeffers‘ “Rescue the Future” (2018) featuring a DeLorean crashing spectacularly into the ocean; and a group of paintings by Jon Burgerman depicting adorable characters that capture our communal sense of anxiety, including a large work titled “Lexapro” (2022).

Sculpture is also represented in works by two artists. Garrett Gould‘s wall hanging wood sculptures might be considered “realistic” if it were not for their absolute unrealism. “Wreath” (2022), is a perfectly finished, accurate depiction of a New York City pretzel, except that it has small wood whistles all over it. Ben Sloat‘s resin and enamel figurine-like sculpture series is a parody of Koons’ porcelain “Michael Jackson and Bubbles”.

Two video projects are also represented: a video projection of “Art Jobs and Lullabies (Covered and Remixed)” (2015) by Kalup Linzy, and the playable video game “Please Maintain Your Original Indian Beauty” (2014) by Divya Gadangi. Linzy’s work is a visual mixtape, covering tunes from Curtis Mayfield to Dionne Warwick and featuring recurring characters from the artist’s fictitious character tree, the Queen Rose Family. Gadangi’s video game is inspired by a barrage of texts from her mother attempting to stop the artist from dying her hair. Set in her Staten Island childhood home, the player navigates this house only to confront text bubbles from her mom, including the namesake “Please maintain your original Indian beauty.”

Reniel Del Rosario‘s installation is a dedicated space customized for this exhibition. Featuring a pegboard system of small ceramic objects packaged in polybags and gallery co-branded hang tags, the hilarious titles and satirical homages are tailored for New York City, New York art life, and even the other artists in the show.

Organized by Yng-Ru Chen, founder of Praise Shadows, many of the artists presented have been exhibited at the Boston gallery, or are represented by the gallery, and some have worked with the gallery on public programs and talks.