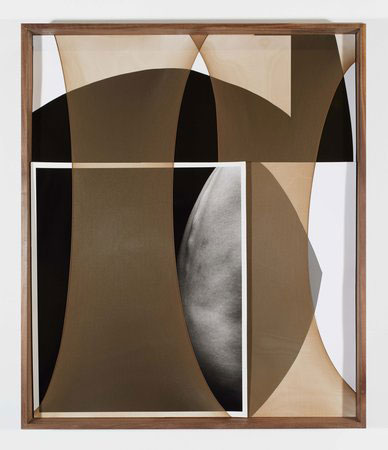 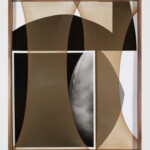 Team (bungalow) is pleased to present a two-person exhibition of new work by Sheree Hovsepian and Paul Mpagi Sepuya.

During the past five years, New York’s Team Gallery has mounted 28 exhibitions in a small bungalow and its adjacent garage in sleepy Venice Beach, California. The previous 27 shows have all been solos; this is the first time the gallery has deviated from that formula. The bungalow has alternatively showcased work from artists on Team Gallery’s roster and from invited guests. This two-person show pairs two such artists.

The work of Hovsepian and Sepuya is rooted in the spaces and methods of photography, asserting the raw materiality of the photographic process and its products. Exposure occupies a multivalent position within the artists’ practices, straddling technical calibration and the equilibrium of disclosure and concealment evident in their spatial and material constructions. Concealment is a means by which vulnerability and empowerment are expressed and enabled, and embeds layers of information that can be discerned but are never fully revealed.

Hovsepian‘s assemblages mate silver gelatin photographs and photograms, two analog methods of the photographic craft. The latter utilizes the components of the darkroom process with the notable absence of a camera, imbuing aspects of performance and drawing in light-sensitive artifacts that manifest an interplay of exposure and form. The prints are held in place by stretched nylon fabric, composing a topology of inky fields and arching anatomies. These undulating curves express tension and sensuality, traversing the phenomenological and ontological experience of being and body bound up in one another. The figures in the photographs curl and bend, the materiality of the body oriented around skin. The layered surfaces and substances of Hovsepian’s work draw parallels between the reactive membranes of photography and the body, the interface between interior and exterior that constitutes our most fundamental protection and vulnerability.

Sepuya examines the history and tropes of the studio portrait and homoerotic photograph, draping a traditional backdrop of dark velvet fabric to create the space of the darkroom, a site that establishes blackness and intimacy as elemental conditions for his practice. Aiming the camera into a mirror, the reflections and framing of his compositions expose the space of portraiture and the circumstances of the encounter between artist and subject. The orchestration of bodies, mirrors, and fabric uncover latent markings and imprints, and index the relationships and histories underlying Sepuya’s collaborative and reflexive practice.

Hovsepian, a New York-based artist, has had numerous solo exhibitions including those at Higher Pictures in New York and at Monique Meloche in Chicago. Her work is held in numerous public collections including those of the Art Institute of Chicago and the Studio Museum in Harlem. Sepuya, a Los Angeles-based artist, was included in last year’s edition of “New Photography” at the Museum of Modern Art. His work is represented in numerous public collections including the Guggenheim Museum and the Whitney Museum of American Art.

www.teamgal.com
A solo show of Sepuya’s work is on view at Team’s New York space through 13 April 2019.